The dictator state is planning to beef up its arsenal with a research centre aimed at developing deadly missiles which could batter US defences.

Dubbed the ‘Academy of National Defense Science’, the centre will research hypersonic missiles – which can’t be intercepted by existing defence systems.

Able to travel at 4,000 miles per hour, hypersonic missiles can in theory obliterate any place on earth within three hours.

Unlike standard ballistic missiles, hypersonic missiles don’t have a simple trajectory and as a result could transform future warfare.

North Korea is currently believed to have enough material to build 45 nukes capable of wiping Japan off the map, according to top scientist Dr Siegfried Hecker.

And now a source has told Daily NK: “Internally, people are saying that since the nukes are completed, lots of Workers’ Party money will go into hypersonic rockets.

“The general view is that they will pour all their resources into preparing for the distant future.”

As one of its “tasks” in 2021, the new center has been ordered to start “full-fledged development of hypersonic guided missiles and shipboard laser weapons,” the source told the outlet.

The research into the next-generation weapons could mark a significant leap in North Korea’s “defence sciences”.

North Korea has been preoccupied with “new strategic weapons” for some time and the latest development of hypersonic missiles could become a “major national task” going forward.

North Korean authorities reportedly believe hypersonic missiles, with their high speed, ability to fly at low altitudes could prove a “game changer” that will “shake up” world military order.

North Korean authorities have been conducting basic research on hypersonic missiles since the successful test launch of the Hwasong-15 ICBM in 2017, NK Daily reports.

The center is believed to have four departments and seven labs with a staff of about 300.

North Korea’s Ministry of Social Security has put in place a “security network” to guard the centre’s premises. 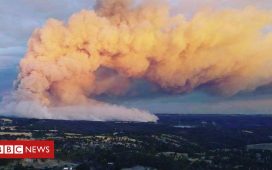 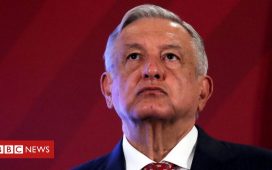