WHAT IS NORM MACDONALD’S MOTH JOKE?

One of Macdonald‘s comic career highlights didn’t come on SNL.

Instead, it was during a 2017 interview on The Tonight Show with Conan O’Brien.

During his interview with O’Brien, Macdonald told a joke about a moth who sees a podiatrist.

“What’s the problem?” the podiatrist asks.

“He only knows that he has power over me, and that seems to bring him happiness. But I don’t know, I wake up in a malaise, and I walk here and there… at night I…I sometimes wake up and I turn to some old lady in my bed that’s on my arm,” the moth says.

See also  The Crown’s Claire Foy swaps tiaras for tatts for her new role - and says anti-hero hacker character is like The Queen
Share on FacebookShare on TwitterShare on PinterestShare on Reddit
newscabalSeptember 15, 2021 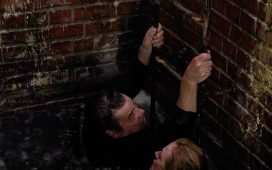