The Prime Minister was reportedly drawing up a plan to cling on to power, which it’s claimed he had personally dubbed “Operation Save Big Dog”

Nobody in Number 10 calls Boris Johnson ‘Big Dog’, the Mirror has been told – despite claims the PM used the nickname for a desperate bid to cling on to power.

The Prime Minister was reportedly drawing up a list of officials to offer resignations in a bid to save his skin.

Mr Johnson himself dubbed the plot “Operation Save Big Dog”, according to the Independent.

The Mirror has been told nobody working in Downing Street uses the nickname for the PM – and a source said anyone who did would be “roundly mocked.”

And a Downing Street spokesman refused to comment on the existence of a plan to save Mr Johnson.

Asked about the nickname, they added: “We absolutely do not recognise this phrase.”

Meanwhile, it emerged Number 10 staff had to erect a makeshift “puppy gate” to keep the Prime Minister from absent-mindedly breaking self-isolation rules.

The Times reported a person who worked for Mr Johnson and his predecessor Theresa May, staff had to intervene during the PM’s second spell of self-isolation to to stop him mixing with staff.

“I remember we had to create a ‘cat run’ for him to get down from the flat to his office so he wouldn’t come into contact with people,” they said.

“The idea was we could talk to him through the open door. But he kept on coming out so we put two chairs across the door like some kind of puppy gate.

“There was a pattern throughout. He just simply did not think about following the rules. They were not for him.”

It’s thought the anecdote refers to Mr Johnson’s period in ‘isolation’ following a face to face meeting in November 2020 with Tory MP Lee Anderson, who later tested positive for Covid-19.

“And actually, it doesn’t matter that I’ve had the disease and I’m bursting with antibodies. We’ve got to interrupt the spread of the disease and one of the ways we can do that now is by self-isolating for 14 days when contacted by Test and Trace.”

A spokesperson said at the time: “The prime minister will follow the rules and is self-isolating. He will carry on working from Downing Street, including on leading the government’s response to the coronavirus pandemic.

“The PM is well and does not have any symptoms of Covid-19.” 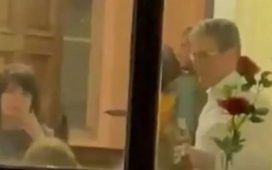 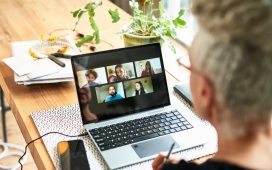 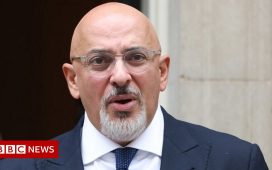 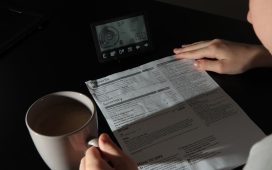 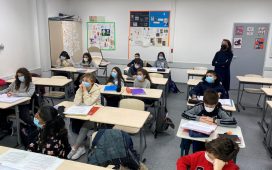