No Time To Die will mark Daniel Craig’s final outing as James Bond but there’s much more to come with two new agents joining the fray.

Lashana Lynch and Ana De Armas join the cast of the upcoming espionage blockbuster as 007’s allies Nomi and Paloma respectively, with both offering something a bit different alongside Bond himself.

De Armas described her character – a Cuban agent – as ‘intense’, and heaped praise on the ‘amazing stunt team’ for helping her with the big action scenes.

‘I really wanted to get it right and look like I knew what I was doing,’ she added.

Lynch also shone a light on the effort that went into getting her ready for the role, and revealed she had some high level training.

She said: ‘They put me through true military training.’

The resulting characters on screen are a great example of ‘change’ on the big screen, with Lynch pointing to the strength of their characters and the way they carry themselves.

‘No Time To Die represents change,’ she said with clear pride. ‘We see so many examples of women being strong in this movie – and being badasses at that.’

The highly anticipated movie has been rocked by a number of delays during the pandemic, but tickets are now on sale for the 25th Bond film.

Vue announced tickets were made available from 7:30am on Monday morning (September 13), with a midnight screening on release day.

The film – the 25th outing for the secret agent and Daniel Craig’s last turn as Bond – brings with it a cast which includes Oscar winner Rami Malek as well as Lynch, De Armas, Lea Seydoux and Naomie Harris.

While it was subjected to many delays due to the Covid-19 pandemic, it’s finally set for release on September 30, with the glitzy premiere happening on September 28 at the Royal Albert Hall.

No Time to Die will show 007 living a blissful life beyond active service relaxing in Jamaica, that is until old friend Felix Leiter from the CIA shows up asking for help.

Ultimately, Bond is ‘recruited to rescue a kidnapped scientist’ as he ‘finds himself hot on the trail of a mysterious villain, Safin (Rami) who’s armed with a dangerous new technology’.

Meanwhile, we know that Bond’s love interest, Madeleine Swann (Lea) is hiding a big secret which could destroy the secret agent.

No Time To Day is launching on September 30.


MORE : James Bond: No Time To Die tickets on sale and this is not a drill


MORE : Daniel Craig ‘locked himself in’ to escape James Bond fame after pictures from Casino Royale sea scene blew up

See also  Caroline Flack’s family and friends with her ‘round the clock’ as she moves into a hotel following arrest
Share on FacebookShare on TwitterShare on PinterestShare on Reddit
newscabalSeptember 13, 2021 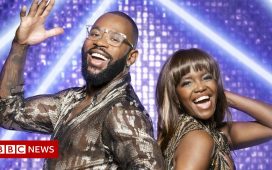 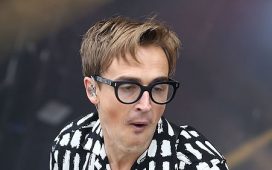