A Germany no longer steered by the experienced hand of Angela Merkel will not be headed into a post-Covid period of economic austerity, tax rises and geopolitical turmoil, the chancellor’s potential successor has sought to assure the country’s electorate ahead of national elections in September.

Armin Laschet, the candidate for chancellor of Merkel’s Christian Democratic Union (CDU), on Monday unveiled a campaign manifesto that promises to weather the fallout from the global pandemic and match the ecological ambitions of his main challenger, the Green party, without creating further burdens on taxpayers and small businesses.

“In order for the economy to find its stride again, businesses must not face further strains,” says the 140-page document, entitled The Programme for Stability and Renewal.

The manifesto vows to reduce tax on small and medium incomes, cap the tax burden on company profits at 25% and complete the phase-out of the “solidarity surcharge” – an additional levy introduced in 1991 to shoulder the costs of reunification and the Gulf war, which has already been phased out for 90% of German taxpayers since the start of this year.

The German conservatives also said they emphatically opposed plans to bring back a wealth tax, as called for in varying degrees in the manifestos of the Green party, the Social Democratic party (SPD) and the leftwing Die Linke.

Germany borrowed a record €130.5bn in 2020 as it loosened budget rules to finance pandemic-related rescue and stimulus packages. But Laschet’s election manifesto says his party rejects plans to weaken the so-called “debt brake”, a strict limit on structural government deficits enshrined in the country’s constitution.

“We want to achieve balanced budgets without new debt as quickly as possible and reduce the general government debt ratio to below 60% [of GDP],” the manifesto says.

Unusually, the manifesto opens with a lengthy section outlining the CDU’s agenda on foreign and security policy – a subject not usually considered likely to win elections in Germany, but one where Laschet’s dovish views on China and Russia could be seen to put his party on a back foot.

On paper, Laschet’s party is projecting a more assertive image than he has let on in interviews, vowing to “counter China’s hunger for power with strength and unity in close coordination with our transatlantic partners and other like-minded democracies”, and stating plans for a centralised national security council to pool the country’s intelligence resources.

Damaged by public reservations around Laschet’s leadership qualities, scandals around mask-procurement deals and a sluggish start to Germany’s vaccine rollout, the CDU’s election campaign got off to a poor start, with several polls showing it losing its lead to a buoyant Green party.

But as the pace of the vaccination campaign has picked up, infection rates have dropped and media attention has concentrated mainly on the Greens’ 40-year-old candidate for chancellor, Annalena Baerbock, the CDU’s standing in the polls has recovered. Latest polls show the conservatives holding on to a confident lead of about 28%, followed by the Greens on 20-22%.

The CDU manifesto for the 26 September election reiterates the party’s commitment to achieving greenhouse gas neutrality in Germany by 2045, but says it wants to do so mainly through “new technologies and innovations” and the EU’s greenhouse gas emissions trading scheme, rather than bans or restrictive laws.

Laschet’s manifesto foresees Germany becoming a “technological leader for climate-neutral flying” while also promising to help the aviation industry remain “a competitive mode of transport in terms of pricing”.

Markus Söder, the Bavarian state premier and leader of the CDU’s CSU sister party, used the manifesto launch to criticise a Green party he said had many bright ideas but lacked experience in government.

“You can do green politics without the Greens”, he said. 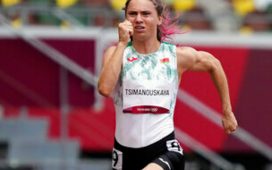 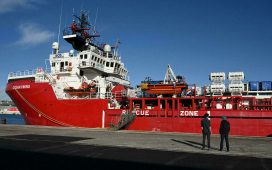 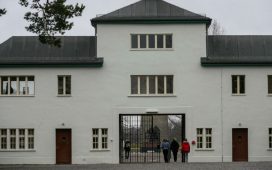