NEWSCABAL
NEWSCABAL > lifestyle > No goals: why is it so hard to do something for enjoyment’s sake?
lifestyle

No goals: why is it so hard to do something for enjoyment’s sake?


Endurance races would surely feel like they go on forever, even though hellish events such as Death Valley’s Badwater or the Marathon de Sables might “only” last two to six days. But the planning component can last all year, and for many, that’s where the real enjoyment lies.

For athlete Luke Tyburski, the obvious way to spin the planning stage out to be as satisfyingly as possible was to design his own event. His 2015 Ultimate Triathlon was a one-man, 12-day Boschian nightmare that took him from Morocco to Monaco, with the average day seeing him run a double marathon and clock up 322 clicks on the bike. On his five-hour, salty swim across the Gibraltar Strait his tongue swelled to twice its usual size. Tyburski wound up running on crutches, and was only able to mount his bike with the aid of his support team.

I met Australian-born Tyburski, who is now a running and mindset coach in London, when writing my book, Everything Harder Than Everyone Else, about people who push themselves to extremes. They’re goal-driven people. Some, like Tyburski, grew up in competitive families. Others have some natural-born restlessness. On a modest level, I could relate to this.

I’m a pathological list-maker, always project-managing my way out of a crisis, or distracting myself from uncomfortable feelings. Once, to stave off depression, I set myself the goal-tastic mission of doing something new every day for a year – from flying in a glider to blowing things up – and blogging about it. Right from day one, the sense of focus lifted my mood, and there was frankly no time to overthink.

But the paradox faced by dream-chasers and thrill-seekers is that with every achievement, they extinguish the very thing that is giving meaning to their existence, in a self-destructive cycle of desire. That’s what you call a home goal.

Between races, the clinical depression Tyburski had experienced since his 20s would come flooding back. He’d mentally crash, in debt, binge-eating and berating himself for the occasions he could have pushed himself harder. In a desperate attempt to feel a sense of purpose again, he’d compulsively sign up for more ultramarathons in quick succession – which would bring temporary relief. That’s familiar to me, too. When I finish a book, about some topic that I’ve come to embody for two years, I have an identity crisis and desperately cast around for the next big project.

We’re rewarded when we aim for goals. Dopamine is released when we anticipate achieving or acquiring something, it motivates us towards behaviours that are necessary for survival, but researchers have found that gamblers get a bigger rush of dopamine from a near miss than from a win. Winning and scoring is, in other words, a comparative letdown after the thrill of the chase.

Another ultrarunner I interviewed, Charlie Engle – a crack cocaine user before he became an athlete – told me: “The absolute best I ever felt in relation to drugs was actually the acquisition of the drug … Once the binge starts, it’s all downhill from there.” Engle also designs his own epic races these days, and he sees a parallel in the acquisition of a drug and the race-planning stage.

So how do we avoid the inevitable comedown? Kieran Setiya, a professor of philosophy at MIT and the author of Midlife: A Philosophical Guide – clearly a man with a few missions – has taken a lead from Aristotle to put forward the idea that we need both telic (taken from the Greek word telos, meaning “goal”) activities and atelic activities in our lives.

Atelic activities are things we do without fanfare, purely for enjoyment’s sake, that have no endpoint. They can be enjoyed in the present and might offer growth in a way more oriented to wellbeing. Singing, gardening, going for hikes, learning a language, playing sport just for fun – they’re all atelic activities, provided you don’t build in some kind of mission statement.

I looked at my life and realised I don’t have any atelic activities going on. I’m not enthused by the idea of taking any up, either. In his book, Setiya does advise that a perception shift is needed by some in order see the value in atelic activities.

Tyburski tells me he’s had many conversations over the years with highly driven people about the unfathomable idea of doing things for sheer enjoyment. So he tries, but finds that when he does do something atelic, he eventually realises it’s feeding into his main, goal-driven pursuit. He gives the example of cooking.

“I love it and can get absorbed in it, but as an athlete and coach, it’s nourishing for my body, alongside helping me fuel and repair, and helps me establish new recipes which may be helpful to pass on to my clients,” he points out.

But maybe that’s a viable solution for people who can’t stand not “getting it done”. With some policing of our atelic activities to make sure we don’t suddenly start aiming for personal-bests in gardening, maybe we can view them as being gently complementary to our main hustle.

See also  How to deal with coronavirus panic when you’re experiencing health anxiety
Share on FacebookShare on TwitterShare on PinterestShare on Reddit
newscabalJuly 8, 2021

Singing in the shower makes you happier, study shows – here’s the psychological reason why 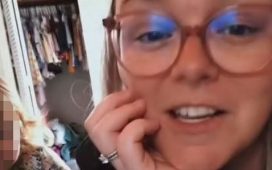 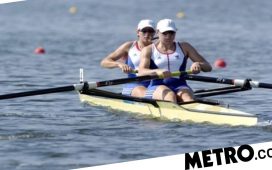 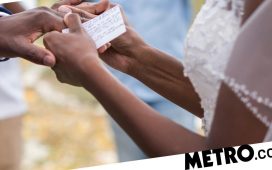 Money-saving TikTok wedding decor tips that are actually good, according to a party planner 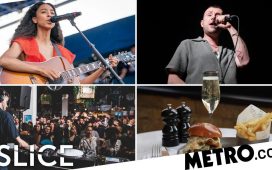 London-based festivals kicking off this week, plus new restaurant launches