No-deal Brexit was nothing more than a hoax | Tom Kibasi


The threat of a no-deal Brexit has always been a hoax – and it has been one of the most successful deceptions in British political history. It was never a real option but has systematically lowered domestic expectations for a deal and allowed the government to avoid any serious scrutiny. Boris Johnson played the role of no-deal madman with aplomb, as if he had been born for it. Which of course he believes he was.

The idea that no deal was a plausible option never made any sense. When Theresa May first threatened that “no deal is better than a bad deal”, in her January 2017 Lancaster House speech, it was a bluff. It was an attempt to act as if Britain – by far the weaker party in the negotiations – had some leverage. It didn’t.

No deal was always the worst possible option: it would have been an act of colossal self-harm, disrupting food and medical supplies and undermining global financial stability. Even without the pandemic, it would have knocked the UK and European economies into recession. It would have been bad for the EU but far worse for Britain. No prime minister – or government – would have ever survived the fallout. It was never a real option.

The obvious alternative to a deal was never some imaginary doomsday after 31 December but the continuation of the status quo. Despite the rhetoric, transitionary agreements that kept everything the same for “as short as possible, as long as necessary” have been the revealed preference of both the EU and the British government as Brexit deadlines have come and gone. It would have been no different this time.

No deal was never a credible threat to the EU, but rather a powerful force to shape domestic politics. The strategic geniuses in the Tory party briefed the British press that to secure a good deal, the EU had to believe that Britain would walk away. When Dominic Raab was Brexit secretary, the government produced a series of “no-deal notices” that only served to highlight the idiocy of such a policy. But the threat never carried real credibility in Brussels because the asymmetrical impact was so blindingly obvious.

The real policy of the government has been that any deal is better than no deal. The deal that has been struck is a lopsided agreement that secures the EU’s economic interests while undermining ours. In many respects, it offers poorer market access than recent deals between the EU and Japan, and the EU and Canada, while imposing much tougher obligations to ensure a “level playing field”. The most generous description is that it is a “thin deal”.

Yet the pro-Brexit British press is triumphant, hailing Johnson as some kind of hero. There is no reflection of reality in much reporting: the stronger party has secured most of its objectives, while the weaker party has accepted what it must. Even serious analysts pull their punches by prefacing their analysis with various formulations of “while it is better than no deal”. After a terrible year, most of the public simply feel relieved.

The fact that so many played along speaks volumes about our political class and media elite. It reveals a lack of critical thinking and remoteness from the real economy, from manufacturers to farmers to financiers. It also shows a predilection for political drama and titillation at wanton destruction rather than for sober and serious analysis. And with the official opposition not offering any opposition whatsoever, it has exempted the government from any serious scrutiny.

Misguided politicians think that voting through the deal will bring closure. But it simply reveals how disconnected Westminster is from reality. The deal will be costly for business and inconvenient and undignified for Britons travelling to the continent. It will create new tensions with Northern Ireland. And, with a “review” set for 1 January 2025, it will feature in the next general election, because Johnson wants it to. You may think Britain is done with Brexit. But Brexit isn’t done with Britain. 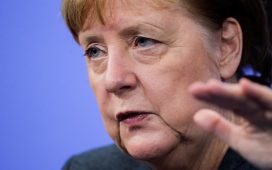 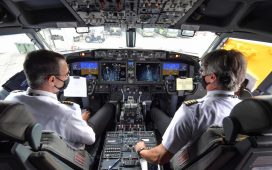