NEWSCABAL
Home » 'No.10 partied like there was no tomorrow as NHS staff desperately fought to save lives'
politics


In No10 Downing Street, last December 18, they were partying like there was no tomorrow. Which there may not have been had we all done the same and let the virus do its worst.

A Prime Minister should lead by example. Though we would be wise not to follow the one set by Boris Johnson.

Cancelling Christmas last year brought down Covid infections. As Chief Medical Officer Chris Whitty says, we are, by and large, prepared to follow restrictive rules when we see good reason for them.

It made sense to forego Christmas dinner with family and friends and celebrate as best we could over Zoom instead. It was a no-brainer to bin office parties and we did not need Tory Therese Coffey to tell us a tipsy smooch under the mistletoe with a colleague we barely knew was best avoided.

Yet in No10, last December 18, they were partying like there was no tomorrow. Which there may not have been had we all done the same and let the virus do its worst.

That same night Dr Elissa Abi-Raad was engaged in a very different sort of close contact – desperately trying, but failing, to save the life of a pregnant Covid patient.

The contrast could not be more stark. All over the country doctors and nurses were battling the worst public health crisis in living memory while the heart of government threw caution to the wind to enjoy a knees-up.

No wonder Dr Abi-Raad thinks Boris Johnson should quit, so unforgivably let down does she feel.

That same day 86-year-old widow Beryl Harris also died from Covid. Daughter Jackie could not comfort her mum in her final hours because of Government rules forbidding it. No wonder Jackie feels angry and let down.

Vaccination means that this Christmas promises to be better than the last. And there are hopeful signs from scientists that even Omicron will not ruin it. But one thing that has not changed is the lack of grip the PM and his ministers have on what is still a serious emergency.

The result is the long-suffering hospitality industry is whacked yet again as events are cancelled by those erring on the safe side. And Tory sleaze still casts its foul stench.

Today we reveal how former Health Minister Steve Brine broke second job rules to pocket £200 an hour from a drug company. It will not come as a surprise that the same firm later landed a Government Covid testing contract worth £100,000.

When the nation is most in need of leadership we are lumbered with a Cabinet of second raters in a Government unfit for purpose. And at its head is a PM so out of touch and out of tune with Britain’s needs that there is only one remedy. To heave him out of office. 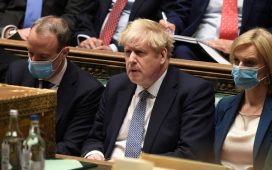 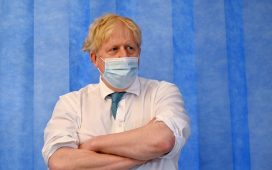 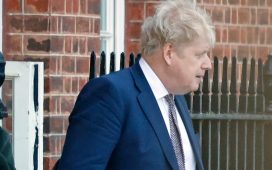 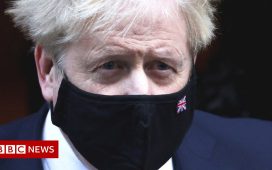 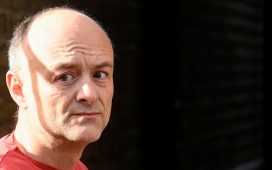