The Organisation of Petroleum Exporting Countries (OPEC), has put Nigeria’s February, 2021, oil output at 1.4 million barrels per day, mb/d, excluding Condensate.
This, according to the March Oil Market Report, yesterday, showed a drop of 17.6 per cent when compared to the 1.7 mb/d produced in the corresponding period of 2020.
The cut in output is mainly driven by the quest of Nigeria to comply with the OPEC oil reduction directive, targeted at achieving stability in the global market.
Nevertheless, at the current price, Nigeria would not be under pressure to raise adequate funds for the execution of its 2021 budget, which was based on $40 per barrel, and 1.8 mb/d.
However, the report stated, “For 2021, world oil demand is expected at 5.9 mb/d, to stand at 96.3 mb/d. Oil requirements in the first half (1H21) are adjusted lower, mainly due to extended measures to control Covid-19 in many key parts of Europe. In addition, elevated unemployment rates in the US slowed the recovery process.
“In contrast, oil demand in the second half (2H21) is adjusted higher, reflecting expectations for a stronger economic recovery with the positive impact of vaccination rollouts.
“In regional terms, OECD oil demand is expected to increase by 2.6 mb/d in 2021 to stand at 44.6 mb/d, while non-OECD demand is seen rising by 3.3 mb/d to average 51.6 mb/d.”
Meanwhile, the price of Brent and Nigeria’s Bonny Light, which had risen to $70 per barrel, because of a recent drone attack on Saudi Arabia’s oil facility, has dropped to $69.31 and $66.03 per barrel respectively.
However, OPEC expects that the global oil demand would rise from 93.22million barrels per day, mb/d to 97.94 mb/d, thus recording an increase of 5.06 per cent between the first and fourth quarter of 2021, as many countries continue to tackle the Coronavirus pandemic.
It stated that Quarter on Quarter, QoQ, the global oil demand would stand at 93.22 mb/d in the first quarter (January – March) of 2021, showing an increase of 0.13 per cent compared to 93.10 mb/d recorded in the corresponding period of 2020.
It further showed that QoQ, it would rise to 95.92 mb/d in the second quarter (April-June) of 2021, indicating an increase of 14.4 per cent, compared to 83.82 mb/d recorded in the corresponding period of 2020.
Also, it showed that the demand would hit 97.02 mb/d in the third quarter (July-September) of 2021, showing an increase of 6.4 per cent, compared to 91.18 mb/d, recorded in the corresponding period of 2020.
The report also showed that the demand would further rise to 97.94 mb/d in the fourth quarter of 2021, indicating an increase of 4.3% compared to 93.89 mb/d recorded in the corresponding period of 2020.
The target or prediction is to rising from its crucial meeting recently, OPEC also stated, “The meeting emphasized the ongoing positive contributions of the Declaration of Cooperation (DoC) in supporting a rebalancing of the global oil market in line with the historic decisions taken at the 10th (Extraordinary) OPEC and non-OPEC Ministerial Meeting on April 12, 2020 to adjust downwards overall crude oil production and subsequent decisions.
“The ministers noted, with gratitude, the significant voluntary extra supply reduction made by Saudi Arabia, which took effect on February 1, for two months, which supported the stability of the market.
“The ministers also commended Saudi Arabia for the extension of the additional voluntary adjustments of one mb/d for the month of April, 2021, exemplifying its leadership, and demonstrating its flexible and pre-emptive approach.
“The ministers approved a continuation of the production levels of March for the month of April, with the exception of Russia and Kazakhstan, which will be allowed to increase production by 130 and 20 thousand barrels per day respectively, due to continued seasonal consumption patterns.
“The meeting reviewed the monthly report prepared by the Joint Technical Committee (JTC), including the crude oil production data for the month of February.
“It welcomed the positive performance of participating countries. Overall conformity with the original decision was 103 per cent, reinforcing the trend of aggregate high conformity by participating countries.
“The Meeting noted that since the April, 2020 meeting, OPEC and non-OPEC countries had withheld 2.3bn barrels of oil by end of January, 2021, accelerating the oil market rebalancing.
“The meeting extended special thanks to Nigeria for achieving full conformity in January, 2021, and compensating its entire overproduced volumes.
“The ministers thanked Minister of State for Petroleum Resources of Nigeria, Timipre Sylva, for his shuttle diplomacy as Special Envoy of the JMMC to Congo, Equatorial Guinea, Gabon, and South Sudan to discuss matters pertaining to conformity levels with the voluntary production adjustments and compensation of over-produced volumes.
“In this regards the ministers agreed to the request by several countries, which have not yet completed their compensation, for an extension of the compensation period until the end of July, 2021.
“It urged all participants to achieve full conformity and make up for previous compensation shortfalls, to reach the objective of market rebalancing, and avoid undue delay in the process.
“The meeting observed that in December, stocks in OECD countries had fallen for the fifth consecutive month.
“The meeting recognized the recent improvement in the market sentiment by the acceptance and the rollout of vaccine programs and additional stimulus packages in key economies, but cautioned all participating countries to remain vigilant and flexible given the uncertain market conditions, and to remain on the course which had been voluntarily decided and which had hitherto reaped rewards.” 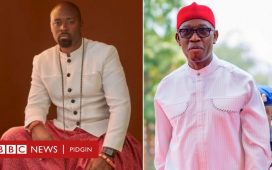