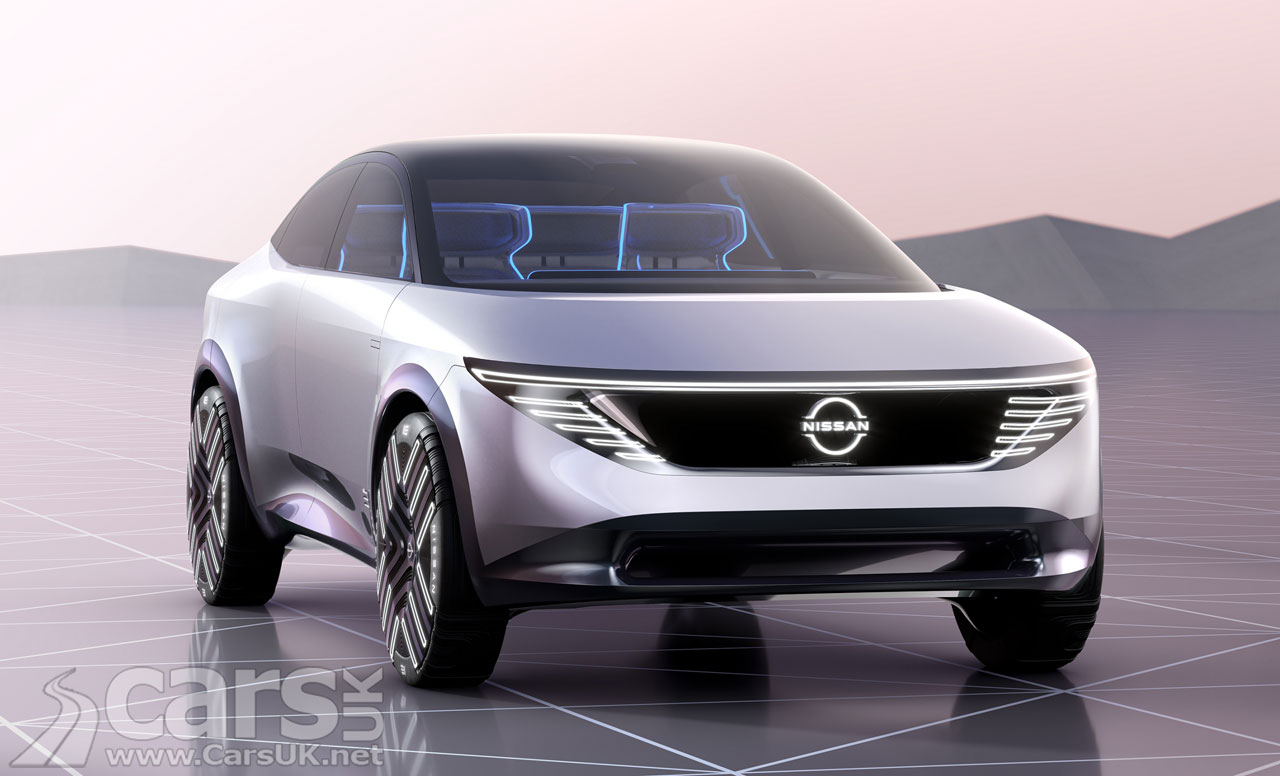 Nissan to invest £13 billion in Nissan Ambition 30 Plan in the next five years to deliver solid-state batteries and 23 electrified models by 2030.

It’s probably fair to say that Nissan has squandered the lead it had in EVs with the LEAF, but it now has a plan – Nissan Ambition 30 – to spend £13 billion to reassert itself as an EV leader, although not completely at the expense of a little ICE help.

The bulk of the new investment is going in to the creation of 23 new electrified models across both Nissan and Infinity ranges by 2030 – 15 of them BEVs – with 20 of the 23 new models arriving by 2025, including more ‘Nissan E-Power‘ cars, a sort of range-extender with a small ICE charging the battery.

To tease what’s planned, Nissan has revealed an image (above) of the Chill-Out Concept – which appears to be the first look at a Crossover to replace the Nissan LEAF (and heading for production in  Sunderland) – as well as a trio of other concepts (below) – Hang-Out, Max-Out and Surf-Out. 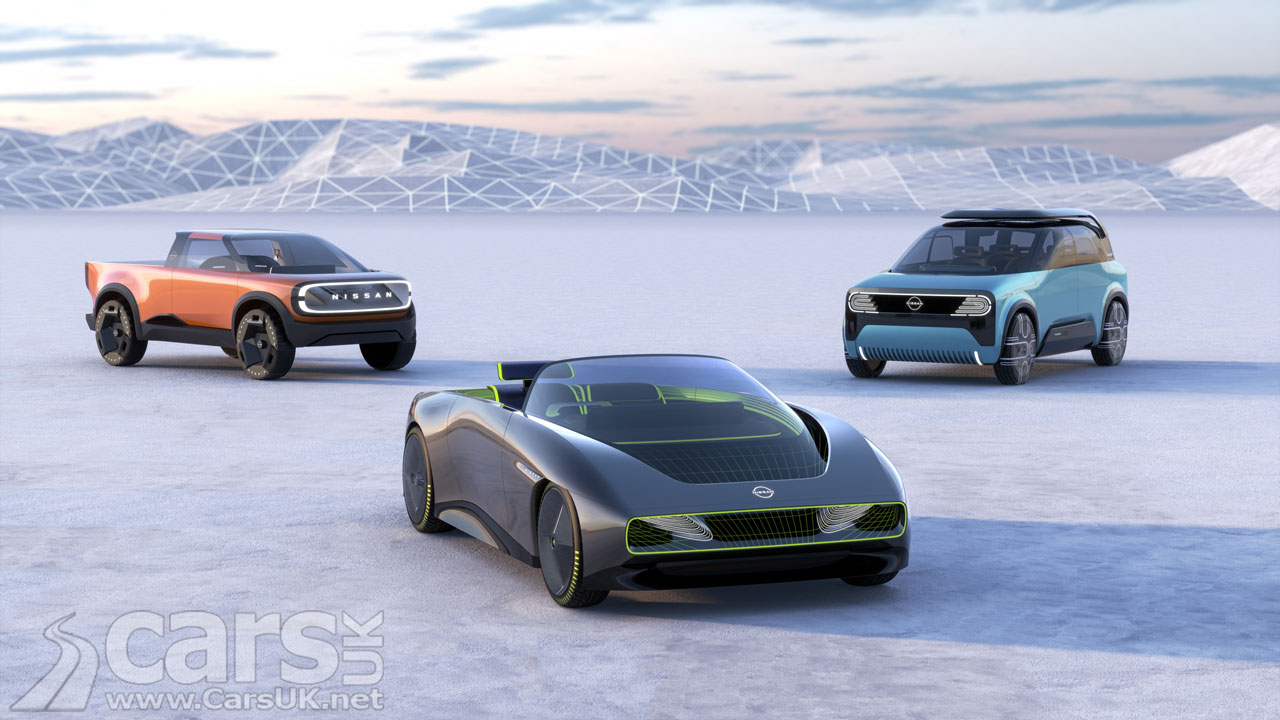 The Surf-Out looks like a ‘Lifestyle’ Pick-up with a removable load-bed canopy, the Max-Out is a low two-seater Roadster and the Hang-Out looks like a boxy family Crossover. We’re assuming these three, like the Chill-Out, are planned to arrive sooner rather than later.

Nissan is also sticking its neck out on Solid-State Batteries, declaring they will arrive in production models by 2025, with the promise they will charge in a third of the time taken by current EV batteries and reduce costs to £55 per kWh initially – almost half the cost of current EV batteries – making EVs almost as cost-effective to build as ICE cars.

Lots of EVs mean demand for lots of batteries, and Nissan aims to be building 130 GWh by 2030 in Nissan EV Hubs, one of which will be in Sunderland.

We are proud of our long track record of innovation, and of our role in delivering the EV revolution. With our new ambition, we continue to take the lead in accelerating the natural shift to EVs by creating customer pull through an attractive proposition by driving excitement, enabling adoption and creating a cleaner world.

All of this means Nissan’s expectations of sales for its electrified range will hit 75 per cent in Europe by 2026, 55 per cent in Japan, and 40 per cent in China. It expects the-up to be slower in the US, taking until 2030 to hit 40 per cent.