NEWSCABAL
Home » Nintendo Switch Pro: Everything you need to know about the rumoured Switch 2
gaming

Nintendo Switch Pro: Everything you need to know about the rumoured Switch 2

The Nintendo Switch is arguably the Kyoto company’s best console yet, and is on track to become its biggest, with the potential to even overtake the Wii in lifetime sales. Still, nothing’s perfect, and there’s still plenty of room to improve on the original Switch, which is why we’re so excited by rumours that the Switch 2 – or perhaps Switch Pro – is on the way this year.

Anticipation is building, with expectation that a slightly upgraded Switch Pro model is likely to arrive in 2021, and might be set for an announcement within weeks.

Here, we discuss all there is to know about the Nintendo Switch 2 including a possible release date window, the latest rumours and what we’d like to see from the next-gen console.

When will the Nintendo Switch 2 be released?

Nintendo Switch 2 rumours have been popping up persistently since the original Switch first launched, which makes it hard to put too much stock in any that tout specific dates.

The latest comes from Bloomberg, which claims that the new Switch model is set to be announced before E3 2021 – which runs 12-15 June – ahead of a final launch in September or October this year.

The report adds that finished production units will begin shipping this July, and that Nintendo will avoid the worst of the semiconductor shortage gripping the industry thanks to its use of less powerful – and less in-demand – components than the PS5 or Xbox Series X.

An announcement before E3 makes some sense. It would allow devs working on games for the updated hardware to make their own announcements during the online-only event, and clear the path for Nintendo to focus on software in its own E3 Nintendo Direct stream, with fans hoping to see more of Zelda: Breath of the Wild 2 and Metroid Prime 4, among others.

This follows previous reports from Bloomberg and Taiwan’s Economic Daily News, each of which claims that an upgraded Switch console is due in 2021. Both suggest the new console will be supported by a strong portfolio of new games, which somewhat explains the company’s light 2020 slate.

A launch this year would still only be four years on from the Switch’s launch – not long in terms of console cycles – adding to the sense that this will more likely be an enhanced version of the Switch with the same core features, much like the Switch Lite was a budget alternative, rather than an entirely new console or product line. Despite that, Bloomberg reports that Nintendo will phase out the original Switch, and instead carry on selling the Switch Lite alongside the new hardware.

On the flip side, Nintendo president Shuntaro Furukawa said in February 2021 that there are no plans to announce a new Switch “anytime soon”, suggesting that the rumoured release window could be inaccurate.

How much will the Switch Pro cost?

While we don’t know for sure, it’s most likely that the Switch 2 or Pro would see a price increase from the standard Switch.

The regular model is still priced at £279/$299, unchanged from launch. Bloomberg analyst Matthew Kanterman predicts that the newer model could be as much as $100 more expensive.

“$349.99 will increase the value proposition of the device, but I still think Nintendo can drive strong demand even at $399.99,” he said.

What would be new in the Switch 2?

Solid rumours on the Switch 2/Pro’s specific features are thin on the ground, but slowly growing.

The early Bloomberg report cited above claims that Nintendo “has looked into including more computing power and 4K high-definition graphics.”

Similarly, the EDN report suggests the new Switch will have “better picture quality” – though not necessarily 4K – and intriguingly claims it will also be “more interactive.” (Both quotes via Google Translate).

Another Bloomberg report backs up expectations of higher-res graphics, quoting several anonymous third-party game developers who claim that “Nintendo has asked them to make their games 4K-ready.”

That’s contradicted by Bloomberg, which claims that instead that Nintendo is looking at a Samsung-produced 7in 720p OLED panel for the upgraded console. That doesn’t rule out 4K though: it’s likely the console will only be able to power 4K experiences when docked, and the upgraded OLED panel should provide a noticeable jump in quality compared to the 6.2in LCD panel of the standard Switch.

Adding fuel to the OLED rumour, Universal Display Corp’s CEO Steven V. Abramson directly referenced the console in an investors call, as spotted by Twitter user SpawnWave. Abramson cites reports that “Nintendo has selected an OLED screen for the new Switch Pro due to OLED benefits of higher contrast and faster response times.”

To caveat this, it’s not clear if Abramson or Universal Display Corp has its own insider info on Nintendo’s plans, and it’s possible – perhaps likely – that he was simply referencing the above Bloomberg report to back up his claims about the growing OLED market.

That 4K will apparently be powered by a new Nvidia chip that will use the firm’s DLSS (Deep Learning Super Sampling) tech, which uses machine learning to render higher resolution images more efficiently. This will require support to be enabled within games though, so don’t expect older Switch titles to support 4K output unless their devs take the time to patch it in.

Other rumours are older. Switchbrew hackers dug into the 5.0 firmware update that was pushed to Nintendo Switch consoles in March 2018, and found something interesting: references to technology not included in the current console.

In the 5.0 firmware, references to a new T214 chip (which, as the name suggests, is a small improvement on the current T210 chipset) were discovered alongside references to an updated PCB (Print Circuit Board) and upgraded RAM, 8GB up from the current 4GB.

Nintendo is looking at next-gen designs too. As picked up by Polygon, Nintendo filed for an interesting Joy-Con-related patent in Japan, and it looks like it’ll tackle a pressure point of the current Switch. That pressure point is comfort over long periods in handheld mode, and hardcore Switch gamers will know what we’re talking about here.

Nintendo seems to be aware of the issue, and looks to fix it with upgraded, bendy Joy-Cons. As seen in the below image from the patent, the new top third of each Joy-Con can bend, which should improve ergonomics over long periods of play. Of course, this isn’t confirmation that these updated Joy-Cons will ever hit the market, but it’s good to see Nintendo actively working on improvements. 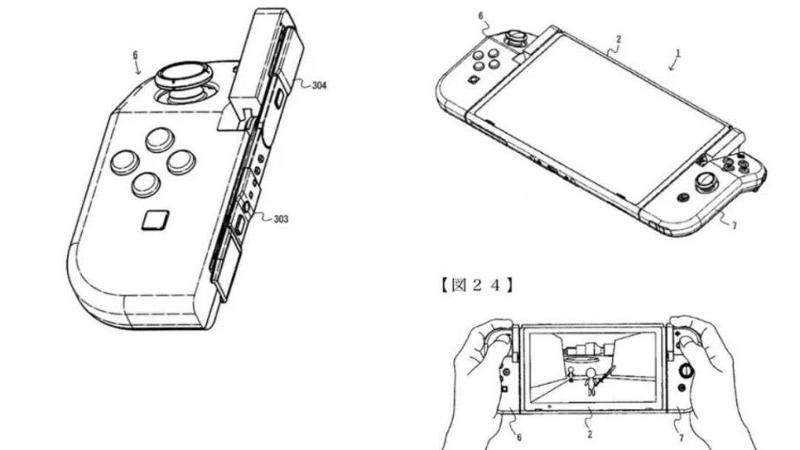 What we want to see from the Nintendo Switch 2

One of the biggest drawbacks of the Nintendo Switch is the 720p display; sure, the console can output in full 1080p HD when connected to a TV, but in a day and age where there are 4K smartphones on the market, surely Nintendo could’ve bumped it up to at least 1080p?

While rumours now suggest it won’t, we’d love for the Nintendo Switch 2 to come with a 1080p display and 4K TV output to really showcase how amazing Switch games like Zelda: BotW and Super Mario Odyssey look when playing on-the-go – one of the highlights of the portable console.

Then again, there is a balance between battery life and display quality, which leads us to our next point…

The battery life on the Nintendo Switch isn’t bad by any means, especially when compared to gaming laptops, but it could always be better. There’s a plethora of great Nintendo Switch power banks and handy accessories that’ll extend the battery life of the console, but these come at a cost; they’re heavy and bulky, and if they don’t attach directly to the console, it’s another accessory to carry around.

2019 brought a mildly updated version of the Switch with small improvements to battery life, but we’d like to see something more substantial in the Switch Pro. Are we being too greedy by asking for 10 hours of play on a single charge? We don’t think so.

Oh, and we’d love to see the introduction of fast-charge technology to speed up the recharge time and allow forgetful gamers to give the console a quick top-up before heading out.

The Nintendo Switch comes with 4GB of built-in storage, expandable via microSD card. That’s enough for one, or maybe two Switch games at a push, and is far from the 500GB and 1TB capacities offered by the PS4 and Xbox One.

We’d love to see more storage available on the Switch 2 – maybe not as much as 1TB, but 128 or even 256GB isn’t unreasonable. This would allow gamers to store a large library of games without having to invest in a microSD card, which is essentially required with the first-gen Switch.

With storage prices dropping every day, we don’t see this as much of an ask, especially by the time the console appears in a few years’ time.

As well as larger storage, we’d like to see a big improvement in terms of graphical output. The main drawback of the Nintendo Switch is that it isn’t powerful enough to handle some of the biggest, best games available – and those that do make it to the console usually appear later than on other platforms. We imagine this in part due to the time it takes to properly optimise the game for the relatively low-powered console.

The Switch is powered by the 5-year-old Nvidia Tegra X1, and mobile processing has come on a long way since that chip was developed. It’s about time Nintendo packed more powerful silicon into the Switch Pro.

A bump in graphical power would bring more high-end games to the console, speed up Switch releases and generally make the games look better, making it more attractive to a larger audience. Who doesn’t want that?

This is just a quality of life request, but an important one: Bluetooth support. Phones rarely come with headphone jacks any more, driving more and more of us towards wireless headphones…which we can’t use with our Switch unless we buy an additional third-party adapter.

The Switch already includes Bluetooth tech for the Joy-Con, Nintendo just needs to let the console use it for audio too. 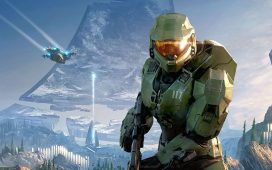 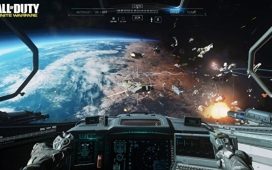