Scots singer Nina Nesbitt was left red faced after being rejected from upmarket hotel The Ritz in London because she was wearing trainers.

The 27-year-old went along to the 5-star establishment to meet up with friends for the first time in two years.

The star was stopped in the foyer after being told her outfit was not appropriate attire for the venue.

Staff at the swanky establishment then offered the starlet formal footwear from a cloakroom so that she could gain entry.

The singer said she was given a pair of classic court shoes and a pair of pop socks.

Taking to her Instagram which boasts 317,000 followers, Nina branded her situation a ‘modern day Cinderella story’ and laughed off her embarrassment.

She said: ” if anyone wants a good laugh this Wednesday – here you are. I’ve never been to the ritz (not classy enough – continue reading for evidence) but my friends and I had our first reunion in 2 years and at the end of the night thought fuck it, let’s go to the ritz and have a cocktail before we go home because we have decided to live our best winter lives.

“I thought I was dressed quite well but when we walked in they said I couldn’t enter in my trainers (even though they were pretty lol) but they said I could get some shoes from the cloakroom. what angels. I was obv mortified I’d even attempted to enter the premises and wanted to leave but my friends forced me in for their own entertainment.

She added: “I was very confused as to who’s shoes I’d be putting on but after a few mulled wines I was in no position to decline their kind offer. Off we went to the cloakroom and I received this pair of timeless beauties. Pop socks and all.

“Impeccable foot hygiene at the ritz. I was worried they would charge me like 50 quid for an hour’s wear but I can confirm they were free of charge. Unfortunately I couldn’t take them home with me. I do feel like this could be the beginning of a modern cinderella story.”

And fans couldn’t help but laugh at her ordeal.

One wrote: “I have also worn these shoes of shame.”

While one said: “Laughing so much – only you mate!! Although of course you can still pull them off!!!”

And one added: “omg I can’t believe they have shoes for people to wear if they don’t like the shoes you’re wearing.”

While one said: “At least you can say you have walked in someone else’s shoes.”

It was recently announced that Nina would be performing at TRNSMT festival next year.

Back in July, Nina released her single Summer Fling, which she said the video was inspired by American singer P!nk.

In the video, Nina could be seen swinging from an aerial hoop and she revealed to her followers that she was actually inspired by US singer Pink during a concert at the Glasgow SECC when Nina was just 13-years-old.

She also said that she had to have special training for eight weeks, so that she could pull off the stunt on her own.

She most recently released her single Sweet Dreams & Dynamite, you can listen to it here. 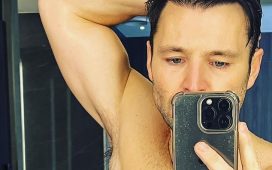 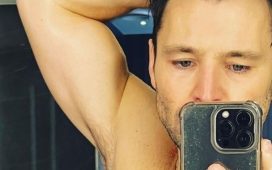 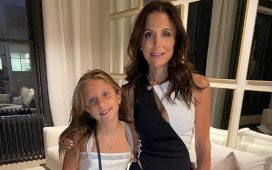 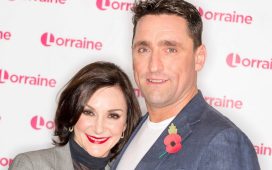 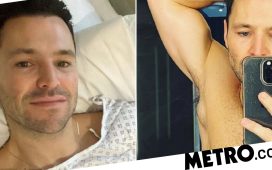