A former Senate President of Nigeria, Joseph Wayas is dead.

Wayas who was born on May 21, 1941 in Basang, Obudu in Cross River State, reportedly died on Thursday after spending months in a hospital in London. 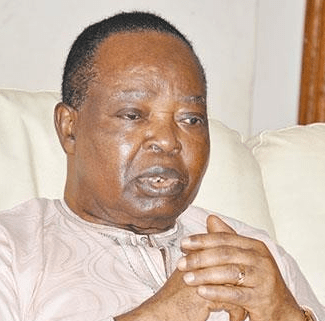 The state governor, Ben Ayade announced the death of the former Senate President on Thursday.

Wayas attended the Dennis Memorial Grammar School in Onitsha, Anambra State before he later proceeded to the United Kingdom where he studied at the Higher Tottenham Technical College, London, the West Bronwich College of Commerce, Science and Technology, Birmingham and Aston University Aston, Birmingham.

He was elected to the Senate on the platform of the National Party of Nigeria (NPN) and was subsequently chosen as the Senate President.

Wayas had represented the Ogoja Senatorial district. He was said to have an excellent relationship with former President Shehu Shagari ensuring that bills were generally discussed and agreed before being introduced.