The Nigerian Airspace Management Agency (NAMA) has declared that the nation’s airspace is safe.

He explained that the agency had taken drastic steps to tackle communication challenges especially in the upper airspace in the past couple of years, saying that significant progress was being made in that direction.

Akinkuotu said this had seen to the upgrading of communication infrastructure in phases.

According to him, radio communication in the ground control, covering 65 nautical miles at the 32 air traffic control units in Nigerian airports is perfect and this was done under phase one of the project.

He added that the second phase which is the tower control, also covering 65 nautical miles and critical for landing and takeoff, was perfectly working in all the 32 airports in the country. The third phase which he referred to as “approach communication,” covering up to 130 nautical miles, according to him, is working perfectly in all the 32 air traffic control units in the country.

Meanwhile, the Aviation Roundtable has charged the NAMA to continue with the infrastructure strategy in place which  ensures that existing and future CNS/ATM facilities are harmonised and integrated to upscale its capacity to deliver its published services.

This is one of the recommendations of the aviation think-tank group at the end of its quarterly breakfast meeting.

In the communiqué issued after the meeting, the roundtable said efforts should be made by NAMA to avoid the use of unlicensed Air Traffic Engineers and Air Traffic Controllers working independently without the appropriate  supervision of licensed Engineer/Controller. The supervision must be at all times even after the On the Job training (OJT)

“There is a desperate and urgent need for NAMA to accelerate efforts towards ensuring that its Communications Infrastructure challenges are resolved rapidly in addition to establishing Air traffic Control Centres(ACC) in Abuja and Port Harcourt so that pilots flying within the Nigerian airspace do not fly blind spots as this is very unsafe,” the ART added.

As part of our drive to keep improving the content of our newspaper, we are conducting a readership survey to enable us serve you better.

Kindly take two minutes of your time to fill in this questionnaire.

Thank you for your time. Click here to begin 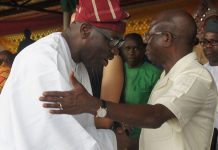 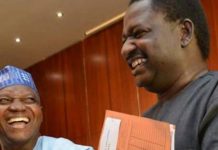