The Nigerian Immigration Service, Edo Command, says it has arrested a block moulder and a bricklayer in connection with alleged trafficking of two underage sisters to Mali.
The State Comptroller of the NIS, Kayode Eniolorunda, told the News Agency of Nigeria on Thursday in Benin that the suspects had allegedly trafficked two sisters ages 16 and 17 years to Mali.
According to him, the mother of the victims had in company of one of the suspects visited the command to lodge a complainant about the sudden disappearance of the victims on July 15.
Eniolorunda explained that the command’s investigation revealed that the uncle of the victims was actually the master mind of the trafficking saga.
He said: “So we held on to him and in the course of investigation, we found out that he was indeed the main recruiter.”
The NIS State Comptroller said that after ascertaining where the victims were trafficked to, the command swung into action and made contact with a Non-Government Organisation, War Against Human Trafficking based in Mali.
He said the NGO was able to track and identify the victims in Mali, and handed them to the Nigerian Embassy in Mali.
He said: “Through the help of the International Organisation for Migration, the victims were brought back to Nigeria.”
Eniolorunda said the victims have since been reunited with their family, while the suspects had been handed over to the Benin Zonal Command of the National Agency for the Prohibition of Trafficking in Persons for further investigation and prosecution.
He attributed greed as the major factor behind human trafficking, stressing “some of the victims of these traffickers are still too young to be seeking material wealth’’.
According to the NIS boss, the phenomenon had continued to trend because of involvement of family members.
He said that this makes prosecution difficult because witnesses to be called to prosecute the cases are usually family relations. 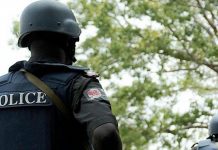