The Nigerian Army has launched another massive operation against Boko Haram and Islamic State West African Province elements to dislodge them from their enclaves and hideouts in the North East.

The Chief of Training and Operations, Major General Nuhu Angbazo, disclosed this at the maiden media briefing on Operation Tura Takaibango on Thursday at 27 Brigade Tactical Headquarters, Buni Gari in Yobe State.

Angbazo said the new operation was operationalised on January 3 in the entire North East Theatre of operation comprising Adamawa, Borno and Yobe States as subsidiary of Operation Lafiya Dole.

He said the recent upsurge in insurgents’ operations with the attendant abductions of some travellers along major roads in Borno and Yobe States necessitated the need for urgent steps to check the unwholesome trends.

According to him, the current threat if not neutralised could result to further attacks on more innocent civilian settlements, the migration of terrorists into Yobe and Southern Borno with possibility of increased attacks on civilian communities.

“The operation has become more expedient as it will boost the efforts by troops of Theatre Command OPLD to enable the Nigerian Army to deal with the emerging threats of the BHT/[SWAP with the North Eastern Part of the country.

“It is meant to be theatre-wide targeting known insurgents’ enclaves/hideouts for neutralisation and clearance.

“At the end of the operation, it is envisaged that our citizens will be free to move about, conduct their farming and other businesses in a safe and secured atmosphere, devoid of any insurgents’ threat and harassment.”

Angbazo said the new operation would make the nation proud of the army’s determination to defending the nation’s territorial integrity and supporting civil authority to restore peace and security to the North East.

He urged the residents of Adamawa, Borno and Yobe States not to panic, assuring that the security, safety and well-being of innocent and law abiding citizens especially those living in the rural areas had been deliberately factored in the planning of the operation.

According to him, troops taking part in the operation would be guided by the Professional Code of Conduct, Rules of Engagement and the respect for human rights.

He said: “Thus, the general public is requested to remain vigilant and be security conscious, as suspected terrorists/criminals may be fleeing from military operations in these areas and finding safe haven amidst our communities.

“The public is also reminded to report any suspicious activity or movement to the nearest military formation or other security agencies for prompt action.

“In order to ensure cordial Civil-military relations, we shall make public the contact phone numbers of the Theatre and Sector Commanders in OPLD, in addition to the Nigerian Army short code Information and Call Centre 193.”

Angbazo added that remarkable achievements had been recorded since the operation started on January 3 with the killing of 12 terrorists in fierce encounter on Wednesday by the troops of 402 Special Forces Brigade.

He said one terrorist Vehicle Borne Improvised Explosive Device and a Gun Truck were destroyed, while one Anti-Aircraft Gun, one GPMG, 10 AK47 Rifles, one hand grenade and large cache of assorted ammunition were captured.

He also disclosed that troops frustrated a terrorists’ attack on Geidam town and neighbouring communities.

According to him, troops on Operation Tura Takaibango were mobilised to thwart the terrorists evil intention to invade Geidam town, thereby preventing loss of lives and property. 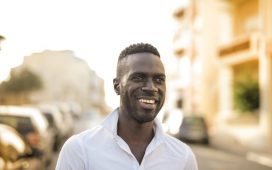 Try Your Luck with Lotto Nigeria 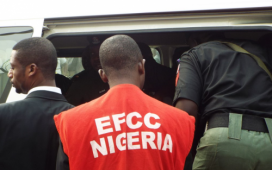 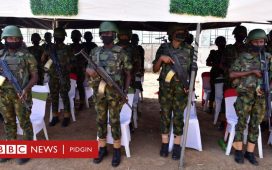 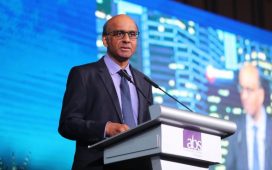