Despite repeated claims by the Federal Government that the army has degraded Boko Haram, Nigeria has again emerged the third most terrorised country in the world for the sixth consecutive year.

This is contained in the Global Terrorism Index 2020 released by the Sydney-based Institute for Economics and Peace (IEP).

It said the number of deaths attributed to Boko Haram increased by 25 percent from 2018 to 2019.

The organisation said the four terrorist groups responsible for the most deaths in 2019 were the Taliban, Boko Haram, Islamic State and Al-Shabaab.

The report, however, noted that Nigeria, like other countries, recorded a decrease in terrorism deaths though it was among the ten countries that accounted for over 80 per cent of all deaths from terrorism in 2019.

“Nigeria had the second largest fall in total deaths, owing largely to a 72 percent reduction in fatalities attributed to Fulani extremists.Despite this decrease, the number of deaths attributed to Boko Haram increased by 25 percent from 2018 to 2019.

“Renewed activity by Boko Haram in Nigeria and neighbouring countries, including Cameroon, Chad and Niger, remains a substantial threat to the region.”

“In 2019, Boko Haram carried out 11 suicide bombings causing 68 fatalities. Suicide bombings accounted for 6 per cent of all terror-related incidents by Boko Haram in 2019, marking an 89 per cent decline from their peak in 2017,” it said.

“Boko Haram was responsible for Nigeria’s deadliest terrorist attack in 2019 when assailants attacked a funeral in Badu, Borno State.

“At least 70 people were killed and 10 others were wounded in the attack and ensuing clash. The two main factions of Boko Haram, the Islamic State West African Province (ISWAP) and the followers of Abubakar Shekau, are both engaged in an insurgency campaign against the Nigerian government.

“Violence by the two main factions of Boko Haram have taken a large toll on the civilian population, particularly in North East Nigeria, where continued attacks have internally displaced more than two million people and caused a further 240,000 Nigerian refugees to flee to neighbouring countries.”

On factors associated with increased level of terrorism, IEP said they are many. “High levels of group grievance and weak rule of law are correlated with terrorism across all countries.

“The socio-economic factors linked with terrorism in more economically developed countries mostly reflect social disenfranchisement and exclusion while among developing nations, terrorism is associated with religious or ethnic ruptures and corruption. Social systems are vulnerable to shocks.”

On how to eradicate or degrade insurgents, IEP observed that “following these attacks, indicators of perceived human rights protections, rule of law, media monitoring and regulation and judicial review and oversight deteriorated markedly.

“Influence over society and its governance is the most important factor that determines the size, longevity and success of a terrorist group. Programmes and policies that reduce the influence of groups will have the most power to disrupt terror networks. 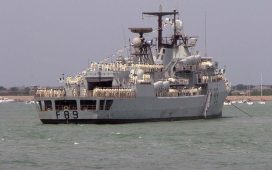