Ogoni elders in Rivers State have expressed unhappiness over the progress of work on the cleanup of their land polluted from decades of oil exploitation.

The elders under the aegis of Gbo Kabaari Ogoni (Ogoni elders’ forum) said the cleanup project was at a “snail speed” which has compounded the socio-economic challenges in the area.

The Ogoni cleanup, backed by the United Nation Environment Programme (UNEP), was flagged off in June 2016 by Vice President Yemi Osinbajo, with fanfare and so much enthusiasm from both the Nigerian authorities and the people in the Niger Delta.

More than four years after, however, the people feel no significant work has been done to clean up the environment.

The Ogoni elders, led by a former senator and chairman of the Gbo Kabaari Ogoni, Bennet Birabi, and the secretary, Desmond Nbete, on Monday, in Port Harcourt, Rivers State capital, presented to reporters an “assessment table” which they claimed was prepared by UNEP on the cleanup project.

The group, reading from the “assessment table”, said that the clean-up agency, HYPREP, has achieved only five per cent of the cleanup of the contamination.

They said HYPREP had also failed to provide alternative employment for people involved in artisanal refining as recommended in UNEP’s report that heralded the cleanup.

The Ogoni elders said that HYPREP’s contracting process is done under secrecy and has resulted in poor performances by firms involved in the cleanup.

They said, for instance, that “some sites that were previously certified cleaned and remediated were found to be still heavily polluted.”

“From UNEP evaluation, an estimated $1billion is required for the execution of the clean-up exercise.

“While we believe this may need to be reviewed to reflect the emerging procurement dynamics and inflationary pull, we however note with displeasure that despite the widely reported $350million which has so far been earmarked for the project, and despite the clearly outlined recommendations which ought to be implemented concurrently, the project handlers only chose to implement only one minute segment at snail speed, with an undisclosed chunk of the funds said to be lying in the bank accounts controlled by the BOT of HYPREP with no disclosure as to what interests have accrued there on,” the group said.

The group said that the BOT of HYPREP has been operating for three years now “without the guidance of a technical adviser” on the cleanup project.

It insisted that HYPREP must implement the recommendations of UNEP.

“The opacity of HYPREP’s activities and the histrionics of its inefficiencies is at complete variance with the recommendations of the UNEP reports as well as global best practices.

“Once again, we restate our commitment to support any genuine clean-up process to succeed, but that can only happen when the right thing is done. The reason for our numerous intervention is to help the process succeed,” the group said.

READ  Atiku speaks on Nigeria at 59, poverty, others

PREMIUM TIMES could not immediately reach HYPREP for their comment as calls made to the phone number on the HYPREP website was answered by a man who said it was a “wrong number.”

The agency, according to a press release posted about a month ago on its website, said the Ogoni cleanup project was on course.

Marvin Dekil, the project coordinator of HYPREP, was quoted in the press release as saying that 21 remediation sites would be completed and handover by December 2020.

He said the remediation sites where work has been completed would be subjected to further verification tests at local and international laboratories, before their final certification by NOSDRA.

Mr Dekil said HYPREP had a bid-opening on July 14, 2020, to select six contractors for the provision of drinking water in the communities.

“We are willing to take interested persons to the sites to see the level of work going on,” he said.

A report issued in June 2020 by Amnesty International and three other NGOs – Friends of the Earth Europe, Environmental Rights Action, and Milieudefensie – said the cleanup has been slow.

“Work has begun on only 11% of planned sites while vast areas remain heavily contaminated,” the report said.

“Actions classified by UNEP as ’emergency measures’ – immediate action on drinking water and health protection – have not been implemented properly; there are still communities without access to clean water supplies.

“Health and environmental monitoring has not been carried out.

“There has not been any public accounting for how the 31 million USD funding provided since 2018 has been spent,” the report added.

“After nine years of promises without proper action, the people of Ogoniland are sick of dirty drinking water,” Godwin Ojo, of the Environmental Rights Action/Friends of the Earth Nigeria, is quoted in the report as saying.

Other groups like The Movement for the Survival of Ogoni People (MOSOP) have also expressed dissatisfaction with the pace of the project.

The Rivers State Governor, Nyesom Wike, in 2017, accused the federal government of playing politics with the Ogoni cleanup.

UNEP, which recommended the cleanup in a 2011 report, said it could take between 25 to 30 years to clean up and restore the environment in Ogoniland.

“The environmental restoration of Ogoniland could prove to be the world’s most wide-ranging and long term oil clean-up exercise ever undertaken if contaminated drinking water, land, creeks and important ecosystems such as mangroves are to be brought back to full, productive health,” UNEP had said. 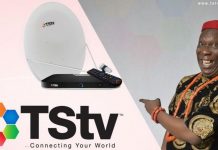 No northernization agenda in Customs… management

I’m Governor of everybody, everything – Obaseki