Nigeria, not social media, is the destiny killer


By the time you watched Information minister Lai Mohammed’s fume in the National Assembly on Tuesday where he had gone to defend the Twitter ban, you would conclude that these people neither have solutions to Nigeria’s problems nor the imagination to conjure any. Mohammed expectedly regurgitated his ear-grating tale about the evils of social media, the power of multinationals vs Nigerian sovereignty, and the blatant lies that social media is responsible for violence and disunity in Nigeria. If those lawmakers had given Mohammed the floor for much longer, he would eventually have blamed the astronomic cost of food prices, ritual killings, and even the 1914 amalgamation on Twitter as well. It is funny that he blamed the mishaps that happened during the #EndSARS protests on Twitter. One would think that before the advent of social media sites like Twitter, Nigeria never had any violent protest.

At some point, you sensed that the most exciting thing in Mohammed’s life presently is Twitter. The microblogging site gave him a convenient demon to exorcise while deflecting the gross failings of their regime. Come to think of it, before the whole brouhaha with Twitter started, Mohammed was expiring into oblivion. Then came the #EndSARS protest and all the attendant drama. His paymasters needed someone to argue their side, and since he is the kind of character that would do the dirty job, they retrieved him and put him on the battlefront. Since last year, Mohammed has gone from fighting the CNN to heckling Twitter. Fighting these corporations gave him the chance to punch above his lightweight. He is relevant all over again, and he is even heading the team of fellow ministers who will negotiate their ban of Twitter with Twitter Inc. It is apparent why Twitter became a hill die for Mohammed to die on.

As if his dimness was not entertaining enough, a House of Representatives member, one Fatahu Mohammed, from Katsina State, said he supported the media ban and also asked Nigerians to abandon social media because it is not food. Fatahu decried the insults to Nigeria on social media and claimed that sometimes he reads tweets and feels “disappointed with the youths because we are the future.” You look at the smallness of the minds of these people, and the horrid realisation that these are the ones determining the fate of millions of people makes you shiver with terror. These are people whose greed, corruption, incompetence, and abject ignorance regularly truncate the destinies of Nigerians, but they think the problem lies in what those people, most of whom have grown disillusioned and irate, clap back? What kind of people are these? Is their obtuseness sincere, or they played at it long enough until they could no longer find their way back home?

These days, it is not uncommon to hear some people blaming social media for destroying youth destinies. This obsession with the social media and youth potential in a country where the leadership cannot generate 5000mw of electricity after 60 years of existence is mere paternalistic nonsense. Social media is not the reason Nigerian youths are missing out on a good life. The amount of time people spend tweeting or fooling around on Instagram is not the ultimate determiner of whether they will thrive in life or not. Nigerian youths do not use social media any more than their counterparts in Europe and Asia, and those ones live a more fulfilling life. The monster that kills the destiny of youths in Nigeria is the government. Period.

We must vehemently resist all of these conjectures that will empower the government to restrain social media use because some people insist it is not adding value to life. Unless there is an objective and sensible means of measuring value in people’s lives, basing social media regulation on the myopic claim that it wastes young people’s time is merely pandering to a pseudo-fascist regime ever seeking to repress the civic spaces where Nigerians gather to deliberate and build social networks. Saying social media is detrimental to the youths’ destiny is as forward-looking as averring that the television is the devil’s box. Nigeria’s future is truly shaky, but that is not because social media disunites us or because young people spend a lot of chitchatting on social media. Nigeria has a bleak future simply because people lack all the basic resources that make for upward mobility: education, healthcare, water, housing, energy, jobs, and basic income, and so on. Any other argument is disingenuous.

Serious-minded societies do not moan about social media like Nigeria has been doing. Their leaders focus on its vast potential, especially as it pertains to a younger generation. These networks have boosted the earning potential of many young and creative people in countries where their leaders know how to create opportunities. Last year, a nine-year-old in Texas earned $29.5m from his YouTube channel. We are talking about a kid who has not yet hit puberty but earned far more money than some Nigerian states, especially those where the governor travels to the Federal Capital Territory every month to jostle for budgetary allocation that will pay his civil servants’ their half-salaries. That Texan kid’s earning capability is sponsored by both social media ecosystems and an enabling environment created by his government. Nigerians, due to their numerical density, should be making similar fortunes on social media networks. That has not happened because we are ruled by the likes of Muhammed and Mohammed who think social media is not food. Their myopia is why Nigerians lose an average of N2bn in daily transactions due to their misbegotten Twitter ban.

Beyond the cash people generate on networking sites, they also build their social circles that generate enterprise, advance their professions, or enhance their social lives. Blogging on social media is not all play, it is work. That is why even those who do not generate income from social media build other kinds of social and professional skills from the time and energy they invest into social media activities. The creativity they express and the cultural competence they develop from what they do eventually get oriented towards other initiatives. Truly, not every activity on social media will end up as a mega enterprise, but who is to say which of the seeming banal activities that regularly take place online would spark the inspiration that will change the course of history? Do away with the retrogressive thinking already.

See also  Igboho, Kanu, Kimathi and betrayals on the soil of Kenya

They keep showing how much they are out of lockstep with modern realities. The knowledge base with which they operated in the 1980s-and which served them poorly-is what they bring to the brave new world of the 21st century. They cannot read omens of culture or history or economics. Shorn of knowledge of either history or philosophy, they revel in their philistinism.

Meanwhile, speaking of myopic leadership and their perennial penchant for talking down on the same youths whose paths to upward mobility they have blocked, Vice President Yemi Osinbajo added his own bit on Monday while speaking at a conference organised by the APC youths in Abuja. After he noted that young people do not vote and their lack of participation in politics is unhelpful for making the nation’s desired future possible, he read his own political bona fides. He said, “Growing up, I was also in a number of pressure groups, concerned with corruption, human rights and democracy.” But, is that not ironical and funny? Osinbajo spent his youth as an advocate of anti-corruption and democracy, built the political experience that took him all the way to Aso Rock, but look where he is today! He is not only a member of the most corrupt, most repressive, and the most anti-democratic leadership in Nigeria’s recent history, their regime is also severely incompetent. He is proof that even if you abjure social media and spent your youth days pursuing political reforms, it is still no guarantee your country would thrive because you could get into power and end up as a worm, eating up the nation’s destiny. 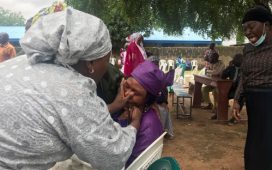 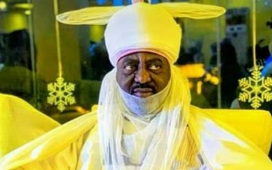 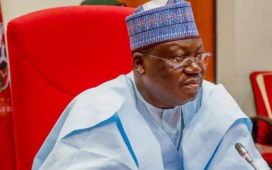 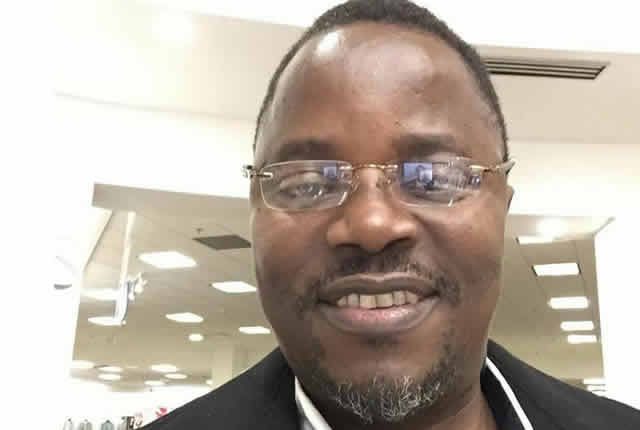 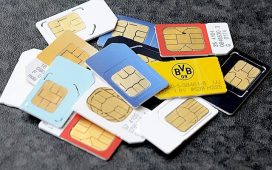