NEWSCABAL > africa > Nigeria: I Wasn’t Dishonest Because I Still Feared My Dad 32 Years After His Death – Dauda Birma
africa

Nigeria: I Wasn’t Dishonest Because I Still Feared My Dad 32 Years After His Death – Dauda Birma


Alhaji Dauda Birma, a former Minister of Education, passed away on Tuesday January 5, 2021.

In this interview, originally published by Daily Trust on September 20, 2020, he talked about his background and upbringing. Excerpts:

Can you tell us about your formative years?

I was born on July 21, 1940 in Garkida, Gombi Local Government Area of Adamawa State.

I was the lastborn of my mother; there were four or five people older than me.

I was born at a very interesting time. 1940 was during the Second World War.

My father was before then the headmaster of the elementary school in Garkida.

It was a missionary school, and obviously, he was a Christian.

When the Second World War broke out in 1939, the missionaries closed all their functions because there were problems moving from the United States to Europe, then to Africa, because of the hostilities that were over the place.

Therefore, my father stopped being the headmaster.

He looked for employment with either the Native Authority or the government, and when he went to Yola, one obvious employment was the recruitment of every able-bodied young man into the Nigerian Army to aid the British war efforts.

Because he was educated, they wanted him to join the army at a certain non-commissioned rank, but he had eye problems and did not fit into army recruitment.

He was recruited as a civilian employee in Yola.

My father continued as a civilian employee of the military until he was transferred from Jimeta to Yola.

In 1949, something happened in Maiduguri – the civilian employees of the military who were in charge of administering the funds for the discharge of soldiers and upkeep of the wives of soldiers had tempered with the money that they were charged with, and therefore, my father was transferred from Yola to Maiduguri for a clean-up exercise. We joined him in 1950.

I resumed my education, which I started in Jimeta, in Maiduguri.

How did you get your first job?

When I was in ABU, the Nigerian Tobacco Company (NTC) came and started searching for potential managers.

Two of us were selected – me and one Musa Aliyu from Birnin Kudu, Kano were recruited to work in the Nigerian Tobacco Company as vacation employees to sensitise us.

The company was hoping to persuade us to join them after we graduated.

The persuasion was very easy because we were employed for three months during the vacation periods.

We were posted to the marketing department.

We had a lot of outdoor life, excitements, and travels. And we were paid 30 pounds per month as students.

You can see that whereas there were certain students who were on vacation and absolutely broke because they had nothing, we were employed by the NTC and were paid 30 pounds per month for three months.

We earned 90 pounds. You can imagine what 90 pounds would do. My father retired from public service in 1958; he was paid 23 pounds per month.

When I finished the first three months after my first year, I went back to the university, and at the beginning of the second vacation in the second year, the NTC requested me to report to Jos Divisional Marketing Officer and to work for another three months during the vacation, which I did.

I had enough money to get married in 1965 with a very little parental contribution.

I got married in December 1965 and was helping my parents at the same time.

In 1967, I graduated. And one phenomenal thing was that at graduation I did not apply to the NTC for employment, they just sent me a letter, saying they had employed me.

I got employment during my third year in 1966.

How did you end up in politics?

We were in the process of actualising the party when a crisis developed and Waziri Ibrahim wanted to be the chairman and presidential candidate.

Other people said he should choose between being the national chairman or presidential candidate of the party.

We consulted and decided there were cases that would make him incapable of realising his ambition of becoming the president of Nigeria; therefore, we opted out of that arrangement and put a prefix, G, so it became the Great Nigeria Peoples Party (GNPP).

If the two had not broken apart, they would have formed a very formidable political party.

I became active from that time because I was a confidant of Waziri Ibrahim.

He helped me tremendously to build the infrastructure of the business.

In 1983, when I decided to resign from the GNPP because things were going haywire, I decided to join the National Party of Nigeria (NPN), but out of respect for my colleagues in Borno, I decided that I would not join the party in Borno, so I went to Adamawa.

I was made the chairman of the campaign committee in the northern senatorial district. We campaigned for Bamanga Tukur, who became the governor of Gongola State in 1983.

People were detained, including me, as I was the chairman of the Borno Water Board. I was detained for five months.

They investigated every aspect of my stewardship at the water board, but at the end of it they did not find anything.

I resumed my life, but it was difficult because, for you to have been under investigation and detention for five months, my financial base was broken. We had to pick up from there.

At 80, what would you say life has taught you?

Life has taught me that there is predestination. God has planned out what you would do.

When I was given any job, I did it beyond the call of duty because I hate being ordinary.

I hate taking the second, third, or fourth positions or something like that.

I preferred self-actualisation at the very top, but I also realised there is a limit to what you can achieve, and in Nigeria due to ethnic or religious bias.

Somebody may have been sponsored by some people who are not half as educated as you are.

They are not half as intelligent as you are, but they have got the connection you don’t have.

In 1977, my company, South Chad Limited, was allocated somebody from the National Youth Service Corps, an accountant.

We even took him to the village where we were building. His name is Ugochukwu Nzewi.

When he finished his one year, I was so impressed with him and wanted to employ him.

I told him we would give him a car and a house. He declined to pursue his education.

Then in 1998, during my time as the minister of education, a file came on the selection of a rector for Federal Polytechnic, Oko.

He was one of the recommended candidates.

I opened his papers and in the forms he had filled I read, “I did my NYSC in Yola, with South Chad Limited.”

I closed the file, called my special assistant and said he was the rector. That was it.

He was not number one, but the third recommended candidate. He became rector till the day I stopped being a minister.

What do you consider your major challenge?

Most of the time, I am broke, so it is a major challenge.

I had the opportunity to use my office to make money, but it was not possible with the type of background I had.

With the type of father who brought me up, it was not possible to be dishonest.

Till today, 32 years after he died, I am still afraid of him.

I still feel I am accountable to him.

When I was in a primary school in Maiduguri, somebody’s one pound dropped and I picked it, went to the police charge office and gave it to them.

I could not go home to either tell my mother or father that I picked one pound because they would think I stole it.

So it was safer to take it to the police.

No matter how broke I was, I had this feeling of not putting my family to shame or not looking stupid in the eyes of people who would accuse me of this and that.

Read the full interview on the link: https://dailytrust.com/reminiscences-with-alhaji-dauda-birma

Many Nigerian women are married to gay men – Bolu Okupe 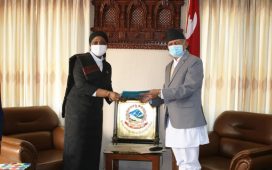 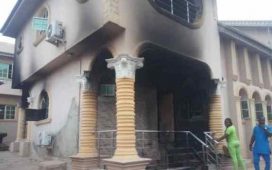 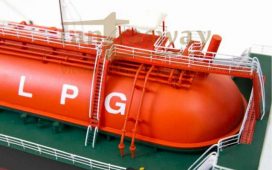 Around 769589 Tons LPG Being Consumed Annually In Country 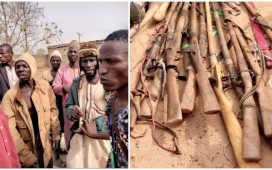 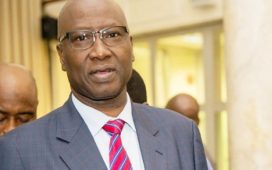