Barely 24 hours after the abducted students of Government Science College Kagara in Rafi Local Government Area of Niger State were set free, no fewer than seven boys suspected to be students of Government Technical College, Pandogeri in the same LGA have been abducted by suspected bandits.
The boys were abducted at about 2:00pm on Saturday while playing football in the school premises. Though the state government ordered the closure of all boarding schools across the four local government areas under attacks from bandits, including Rafi Local Government Area, day schools were, however, not affected by the order.
It was learnt that few hours after the seven students were abducted and taken into the bush, the bandits attacks some villages within the same local government killing an unspecified number of persons and kidnapping others in a night operation. Pandogeri town where the students were abducted is about 20 kilometres from Kagara where 28 students from the state science college who regained freedom on Saturday were kidnapped. In Maikunjeri village under Cikin Ward said to be heavy populated by Fulanis, four people were killed, with some women abducted, and over 100 cattle rustled by the bandits. It was learnt that the bandits who kidnapped the seven students are a different group from those that invaded Maikunjeri.While that operation was on, another set of bandits, also in their numbers took over Kundu village, in Gunna Ward in the same Rafi Local Government Area and unleashed terror on the people. Also at Rubo village in Madaka Ward of the same Rafi LGA, bandits kidnapped the Chief Iman and of the area a number of persons. In another development, armed bandits for first time, strucked in Katcha community in Katcha Local Government Area of the state and abducted three persons – a girl and two men in the early hours of Sunday.
Fear and apprehension have gripped the communities over the latest attacks.
There was, however, no official confirmation from the state government on the latest abductions and killings.
Three weeks ago, 42 passengers on board the state transport service were abducted in the same Kundu, but later released after eight days in captivity.
Although nobody was killed in the Kundu invasion, shops and food items were freely looted by the bandits before moving to a settlement called Gidan Adamu in Yekila District. One person was killed and 13 people, mostly women were abducted.
A source close to the village said an alarm had been raised on the possible invasion by bandits, but that no action was taken.
A source from Katcha said the bandits mainly targeted shop owners, especially beer parlour operators in the outskirts of the town.
The bandits were said to have invaded the town at about 1am and operated for three hours unchallenged before taking their victims. away
Chairman of Katcha LGA, Alhaji Mohammad Baba Nna confirmation the incident in a telephone interview saying “the incident happen around 1am and lasted for three good hours, they went away with three persons who are business men in the town and we are yet to hear from them.They came with very sophisticated weapons and I am sure that’s why Policemen were afraid to come to their rescue.” 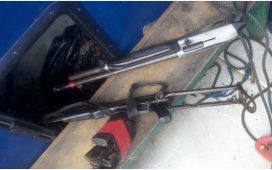 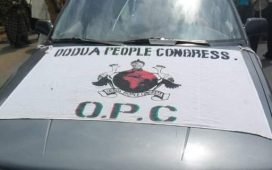 OPC to Dambazau: It’s dangerous to liken us to Boko Haram 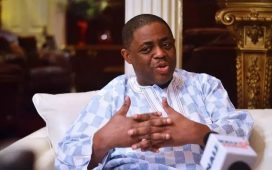 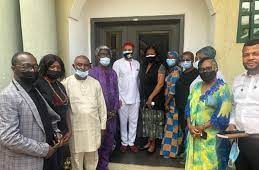