Arsenal legend Nigel Winterburn does not believe Mikel Arteta will succeed in his main aim for this season, finishing in the Premier League’s top four.

The Gunners are in a rebuilding phase under Arteta and results have been something of a mixed bag so far this season.

Arteta’s side have undoubtedly had tough fixtures early in the Premier League campaign, already taking on Liverpool and Manchester City, but defeat to Leicester in their last league outing left them with three losses from six games.

Winterburn, who won three league titles with Arsenal, feels that his former club should be eyeing-up a return to Champions League football, but it is already looking grim as they’re already playing catch-up.

‘Arsenal need to aim for the top four, but I don’t see it happening,’ Winterburn told FreeSuperTips.

‘The first 10 games always give a good idea of where Arsenal will finish, they would like to go into the last few games of the season having a chance to be in the top four.

‘Losing three of their first six games is not ideal and other teams are looking far better at this moment in time, with Arsenal already having to play catch-up.’

Just six games into the campaign, especially this unique season, it would be foolish to rule out anything and Winterburn is not writing off Arsenal’s chances.

The former England international is concerned, though, and cannot see the Gunners winning enough matches to keep up with the likes of Liverpool and Manchester City over the course of the season.

‘This is the strangest season I can remember for a long time; the league is so congested and there isn’t a dominant team so far,’ continued the 56-year-old.

‘We will know halfway through the season where Arsenal will likely end up, but as a fan I do hope that come the end of the season they have a real chance of finishing in the top four.

‘However, on current form and the way the team is playing I don’t see that happening and we (Arsenal) will drop too many points and the better teams will pull away from the rest.’

Arteta is targeting a return to the top four and Europa League glory this season, which would see them return Europe’s top table in some style.

‘Well we’re going to try for sure to do that and at the moment we have the squad to try to achieve that,’ he said on attacking both competitons.

‘What is going to happen in six weeks or six months we don’t know, and how the players are going to assimilate all the minutes in their legs and how they’re going to respond to that is a big question mark for all the managers and all the clubs. But starting this season, for sure this is our aim.’

MORE: Mikel Arteta gives his side of the Mesut Ozil Arsenal saga: ‘I tried my best’

See also  Rafael Nadal would 'not travel to New York today' to play tennis
Share on FacebookShare on TwitterShare on PinterestShare on Reddit
newscabalOctober 30, 2020 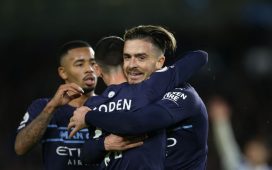 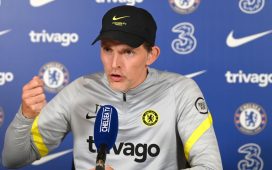 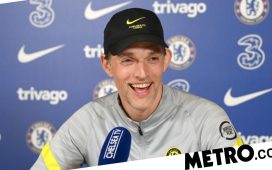 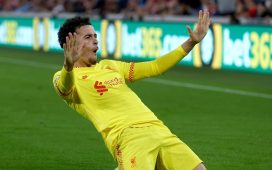