NICOLA Sturgeon this morning apologised to the two women she admits were “failed” by a Scottish Government investigation into harassment complaints against Alex Salmond.

The First Minister admitted that “taxpayers’ money was lost” due to the error as she appeared before a make-or-break Holyrood committee.

She has been accused of lying to the Scottish Parliament over what she new about claims against her predecessor and is facing calls to resign.

Ms Sturgeon told MSPs: “As the result of a very serous mistake in the investigation of the complaints against Alex Salmond, two women were failed and taxpayers money was lost.

“I deeply regret that. Although I was not aware of the error at the time I am the head of the Scottish Government, so I want to take this opportunity to say sorry to the two women involved and to the wider public.

“I also accept without any reservation that my actions deserve to be scrutinised.

She came out swinging against claims made by Mr Salmond during his own evidence hearing last week about the events in the run up to the botched investigation.

Ms Sturgeon stood by her claim that she first learned of allegations against him at a meeting on April 2, 2018.

And she insisted “suggestion that anyone acted with malice or as part of a plot against” her predecessor “absurd”.

She said one of the alleged incidents he described to her represented “in my view deeply inappropriate behaviour on his part”.

The First Minister told the committee: “That he was acquitted by a jury of criminal conduct was beyond question.

“But I know, from what he told me, that his behaviour was not appropriate.

“And yet across six hours of testimony there was not a single word of regret.”

And she added: “I believe I acted properly and appropriately and overall I made the best judgements I could.”

Ms Sturgeon said she shared that “frustration” but insisted: “There’s no intention on the part of the government to withhold relevant information from this committee.”

Ms Sturgeon was defended by the SNP’s leader in Westminster, Ian Blackford, who insisted his boss isn’t fighting for her political career.

And he vowed she will be “very much vindicated when she reaches the end of this process”.

He said: “What you’re seeing is the worst kind of politicking from the Conservatives.

“This is a situation that will be drawing to a close. I fully expect we’ll be looking forward to an election campaign over the next few weeks.”

He said: “It would be my view that any minister in any Parliament who found themselves in that situation would be in an untenable position.

“The seriousness of the allegations which are in front of the Holyrood committee are of a different order of magnitude to anything I can recall in recent times in Westminster.”

Last week Mr Salmond said he has “no doubt” that Ms Sturgeon broke the ministerial code – but said it wasn’t for him to say if she should resign.

While long-secret emails revealed Ms Sturgeon ignored lawyers to pursue Mr Salmond through the courts – racking up a £500,000 taxpayer bill.

The Scottish Tories said the evidence against the embattled SNP boss is “overwhelming” and demanded she quit.

Turning up the heat, they have tabled a no confidence vote in the Scottish leader.

Douglas Ross, leader of Scottish Tories, raged: “There is no longer any doubt that Nicola Sturgeon lied to the Scottish Parliament and broke the Ministerial Code on numerous counts.

“No First Minister can be allowed to mislead the Scottish people and continue in office, especially when they have tried to cover up the truth and abused the power of their office in the process.

“The weight of the evidence is overwhelming. Nicola Sturgeon must resign.”

Ms Sturgeon and her allies are accused of hounding Mr Salmond out of politics after he was hit by sex harassment allegations.

He was tried and cleared of the charges. Scottish politicians are probing the Scottish government’s botched probe into the saga.

In a sensational day in Holyrood, Kevin Pringle, a former SNP spinner, said Ms Sturgeon found out about the allegations earlier than she has claimed.

He also said that one of the alleged victim’s names was given to Mr Salmond’s team.

‘I AM A SINOPHILE’

In separate testimony, Duncan Hamilton, a former SNP politician, said Ms Sturgeon offered to intervene in the case. She has always denied the claim.

The devastating claims pile pressure on the under-fire Scottish leader ahead of her own showdown appearance before the committee tomorrow.

The bitter row has laid bare the civil war which threatens to tear the once all-powerful Scottish party apart. 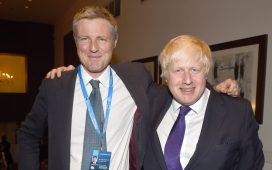 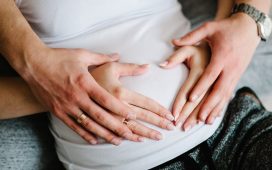 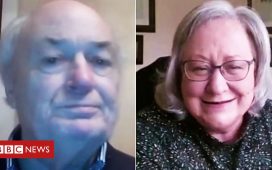 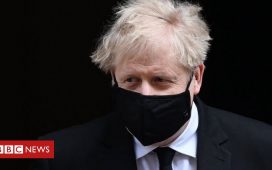 Covid: Boris Johnson's India visit to go ahead despite rise in cases