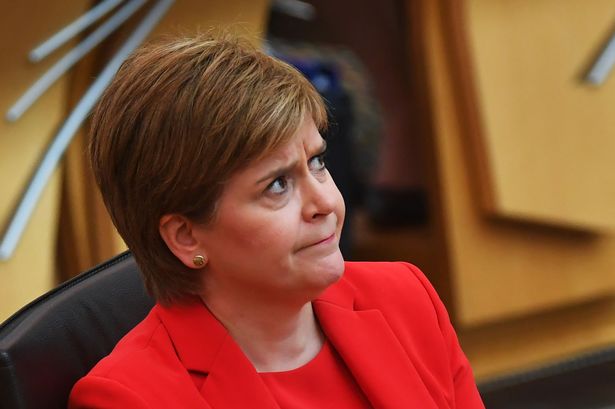 There are “firm grounds for optimism” that Covid restrictions can ease later this summer, Nicola Sturgeon has said.

Scotland’s First Minister has previously tried to strike a more cautious tone than UK ministers over lockdown restrictions – and last week announced a “slight slowing down” of unlocking.

Today she stressed there was a “need for continued caution” after cases rose 50% in a week and the number of people in hospital doubled in a month.

“Our position is still fragile, case numbers are still higher than we would like,” she told MSPs.

But she said the length of time people are spending in hospital is reducing and “vaccination may well be giving us more scope to reduce restrictions”.

While she said Scotland would “assess the data carefully”, she added: “The vaccines do appear to be doing their jobs and that should give us all firm grounds for optimism.”

Scotland’s next easing of restrictions is due on June 28, a week after England’s planned ‘Freedom Day’ to enter Step Four of Boris Johnson ’s lockdown roadmap.

The PM and his ministers are holding crucial meetings this week amid speculation England’s unlocking could be delayed by a couple of weeks.

Downing Street has said there is “nothing in the data” to suggest a delay would be needed – but that crucial data on transmissibility of the Delta strain will come this week.

Meanwhile, Ms Sturgeon said Scotland will vaccinate teenagers “as quickly as practically possible” – if it is recommended by independent experts.

Health Secretary Matt Hancock has asked the Joint Committee on Vaccination and Immunisation (JCVI) to recommend on whether to jab kids aged 12 to 17.

Ms Sturgeon said: “If the JCVI does recommend the use of the vaccine in children aged 12 or over, we will move as quickly as practically possible to implement their advice.”