A plan to clear record NHS waiting lists, to be published within days, is expected to lack detailed targets for how long patients will have to queue for care, reflecting uncertainty about the numbers seeking treatment over the next few years, according to people familiar with the plan.

When an extra £30bn in funding for the NHS was announced, raised through increased national insurance contributions in breach of a Conservative manifesto promise, Boris Johnson said the NHS would aim to treat about 30 per cent more elective patients than before the pandemic by 2024-25.

The government is keen for improvements in health service performance to be visible to patients from next April when the NI rise takes effect.

However, health leaders have until now resisted publicly stating what can be achieved each year in the run-up to 2024-25 because of the uncertain outlook, two people familiar with the development of the plan told the FT.

A total of 5.8m people are waiting for non-emergency hospital treatment. But analysis by the Health Foundation, a charity, found that between January 2020 and July 2021, 7.5m fewer people were referred for routine hospital treatment than would have been expected based on pre-pandemic figures. These “missing patients” have fuelled concerns about how high waiting lists may eventually go.

Asked by the BBC Today programme last month how much of the backlog would be eliminated over the next three years, Sajid Javid, health and social care secretary, said: “It’s impossible to know because I don’t know how many people will eventually come back to the NHS.”

The government is aware that unless it is seen to make substantial progress in clearing the waiting lists by the next general election, it is likely to pay a price at the ballot box. One official closely involved with previous funding negotiations said there was “clearly a gap between the political side of the system and operational side of the system over ‘the art of the possible’ and this was always going to be the case”.

Almost 12,500 people have been waiting more than two years for care, according to the latest NHS data. In a BBC interview this month, Amanda Pritchard, NHS England chief executive, spoke of “an ambition” to clear these numbers by March.

Ministers are thought to be eyeing a similar pledge to eliminate one-year waits by a specific date. 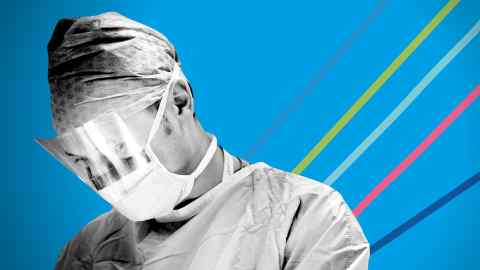 The FT reported last month that, under the NHS recovery plan drawn up by Sir Jim Mackey, a leading trust chief executive, some patients, particularly those with long-term conditions, will no longer be offered routine outpatient appointments with specialists several times a year, but told they can seek an appointment if symptoms worsen.

One person familiar with the plan said this meant being given a six monthly appointment rather than being called back at three and nine month intervals in the absence of any clinical need.

However, in parts of the health service there is concern that no assessment has been carried out of the potential impact of the changes on other parts of the system, such as general practice. With patients set to be encouraged to book and manage their appointments online, health chiefs are also aware that questions may be asked about the effect on health inequalities, with deprived communities less likely to have digital access.

The Department of Health and Social Care said reports on the contents of the electives plan were “just speculation”, adding that the department would “set out details . . . in due course”.