Lockdown led to the smallest number of people on record being treated by the NHS for injuries caused by violence away from the home, a study shows.

The closure of pubs, clubs and other venues that sell alcohol as part of the bans on social mixing was a key reason for the sharp decline in serious violence, the researchers say.

The number of people in England and Wales treated at an A&E or urgent care centre for violence-related injuries dropped from 175,764 in 2019 to 119,111 last year – a fall of almost a third.

“From a violence perspective, 2020 was the safest year on record,” said Prof Jonathan Shepherd of the violence research group at Cardiff University.

The figures were collected by 133 hospital-based emergency care departments as well as minor injuries units and walk-in centres across the two countries. The year-on-year drop is the biggest seen since Shepherd and his colleagues began analysing such statistics in 2001.

The group’s new report, Violence in England and Wales in 2020, found that fewer people in all age groups and of both sexes were treated after being subjected to an assault. But the biggest fall – of 66% – was among children aged under 11.

“The lockdowns and each strengthening and easing of restrictions were all followed by clear and immediate decreases and increases respectively in violence serious enough to result in emergency hospital treatment,” said Shepherd.

Referring to the first UK-wide lockdown that began on 23 March last year, Shepherd added: “Each easing of restrictions thereafter was followed by violence increases; each tightening of restrictions in the autumn was associated with decreases.

“Detailed data showed that these changes occurred predominantly outside the home. Since most violence outside the home takes place in the night-time economy, the closure of pubs, clubs and bars, limiting the availability of alcohol and street drunkenness, is very likely to be a major factor.”

However, statistics for trends in violence in Cardiff itself showed that the lockdown only led to a fall in assaults outside the home, and not in people’s dwellings.

“We infer from this that the fall associated with the lockdown predominantly reflected the closedown of on-licensed premises such as pubs, clubs, bars and so on. In total, for both males and females, the imposition of these closures resulted in an overall fall of 47%,” Shepherd added.

But the Royal College of Emergency Medicine, which speaks for A&E doctors, cautioned against reading too much in to the new findings. “We must not jump to conclusions. The data gathered show that there was a 30% reduction in attendances from patients with a violence-related injury, but throughout the pandemic there have been significantly reduced attendances at emergency departments from all patients – a 30% reduction, which aligns with the findings from Cardiff University.

“To suggest A&E data show 2020 was ‘the safest year on record’ is a complete misrepresentation of the data.” 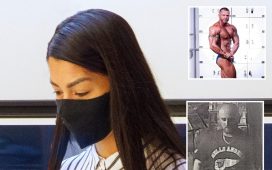 Sex worker, 28, who plotted with two ex-Army soldiers to extort £115k from Brit millionaire lover in Majorca is jailed 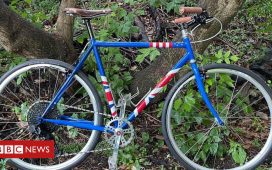