Hundreds of GPs are administering second Covid jabs just three weeks after the first in defiance of NHS advice, triggering a rebuke from the UK’s vaccines authority.

The rollout of second doses up to nine weeks earlier than official guidance – as well as instances of vaccines distributed to 16- and 17-year-olds – has prompted concern over a postcode lottery in access to protection against coronavirus.

GP vaccinators, high street pharmacies and some mass vaccination centres and pop-up jab clinics in different parts of England have taken the decision to offer second doses of the Pfizer/BioNTech jab after three weeks and of the Oxford/AstraZeneca vaccine after four weeks, the Guardian has established.

Doctors say their unofficial and “pragmatic” policy of shorter gaps between doses is boosting the immunisation drive ahead of what has been dubbed “Freedom Day” on 19 July and ensures vaccines are not wasted, especially amid the spread of the Delta variant.

An NHS source in London said: “GPs and health centres … they are doing what they want. They are giving Pfizer jabs 21 days apart even though with Pfizer it’s meant to be a 12-week delay. People are bending the rules laid down by NHS England. People won’t admit it but on the ground people are breaking the rules.”

The Joint Committee on Vaccination and Immunisation (JCVI), which advises the government, warned that people who were double vaccinated sooner than the rules allowed could end up being less protected against Covid.

Prof Wei Shen Lim, the chair of Covid-19 immunisation at the JCVI, said: “The JCVI advises that preferably the second dose of currently approved Covid-19 vaccines should be given eight to 12 weeks after the first dose. The latest evidence indicates that a longer dose interval of eight to 12 weeks is likely to provide higher levels of protection than a shorter dose interval of three to four weeks.”

Many other countries operate shorter gaps between doses than the 12-week delays in the UK. The gaps were originally due to be three weeks for the Pfizer jab and four for Astra Zeneca but early in the vaccine rollout NHS England ordered all the vaccinations to be given 12 weeks apart, amid concern that supplies might run worryingly low otherwise.

Evidence is emerging that under-18s in some parts of London have already starting receiving their first doses even though the NHS has not yet given the green light for that age group to be jabbed. Teenagers aged 17 and in some cases 16 have been getting jabs in the boroughs of Enfield, Hounslow and Brent despite not having an underlying condition or living with someone who does.

The trend towards people getting their second dose as early as 21 days after their first is being driven in part by young people who want to get double vaccinated as soon as possible, in part so they can go on holiday to countries that will allow quarantine-free entry with proof of that status, including Portugal. They are using social media platforms such as Reddit and Twitter to find vaccination sites they believe are dispensing second jabs that quickly.

Last weekend thousands of young Londoners turned up at pop-up vaccination centres at the Science Museum and Arsenal’s Emirates Stadium after staff on the doors there made clear that they would accept anyone who had had their first jab more than 21 days earlier.

Despite the JCVI’s concern, the NHS Confederation and the British Medical Association defended the right of family doctors to use their judgment to ensure that vaccines were not thrown away.

Ruth Rankine, the director of primary care at the NHS Confederation, said: “We are aware that some vaccination centres may be giving second doses before the recommended minimum eight-week limit, but we also understand the reasons. Some sites may have excess supply that would otherwise go to waste, while others may be coming to the end of their [involvement in the vaccination] programme and have taken a pragmatic approach to use up vaccines rather than waste them.”

Rankine and the BMA said GPs were justified in using only three and four-week delays because Public Health England’s own “Green Book” guidance drawn up last year endorsed those timescales. Family doctors run about 1,200 of the 2,000 vaccination sites across England.

“It may be that, as per the Public Health England guidance last year in respect of minimum timescales, sites may be using every opportunity they can to ensure that as many people as possible get vaccinated,” added Rankine. 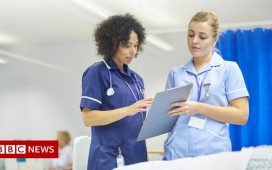 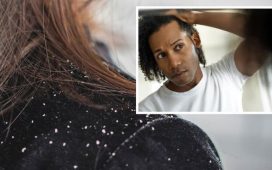 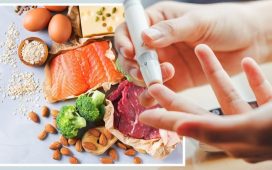 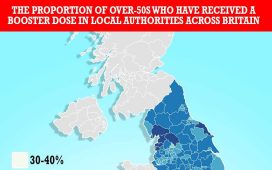 Covid-19 UK: Just a FIFTH of over-50s in inner-city areas have had a booster vaccine