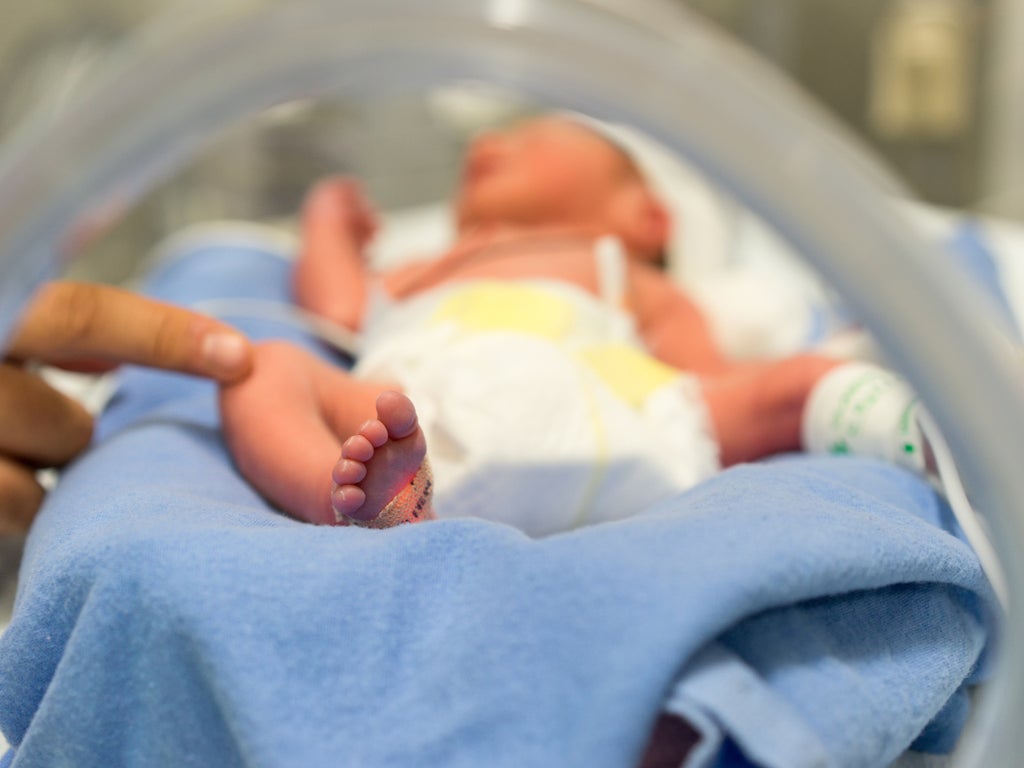 More children are to be immunised against a serious viral infection amid fears of a surge in cases, with experts on “high alert” as social distancing measures are relaxed.

Respiratory syncytial virus is very common in the UK and will infect most children before the age of two, often leading to a mild cough and cold. But in some rare cases, severe bronchiolitis can develop, which requires hospitalisation and possibly ventilation to help them breathe.

Because of the coronavirus lockdown and social distancing a greater proportion of children have yet to be infected, with public health officials worried it will bounce back rapidly in the coming months and lead to significant numbers of children being admitted to hospital.

Now an alert has been issued to the NHS to expand the use of Palivizumab, a monoclonal antibody treatment that can give what is called ‘passive immunity’ to children by providing infants with the antibodies they need against RSV.

Unlike with a vaccine, the body is not induced to generate antibodies itself so the treatment is not a permanent defence but may help reduce a feared wave of infections.

Hospital doctors have been told to administer the treatment to more youngsters and to give as many as seven doses to try and stave off the worst effects of RSV. NHS estimates suggest cases could rise by 20 to 50 per cent of their normal levels in the coming months.

The Joint Committee on Vaccination and Immunisation has expanded eligibility to include all premature infants and those considered at risk because of other underlying conditions.

The alert to hospitals warned: “Preventative measures (hand-washing, masks, social distancing) taken during the Covid-19 pandemic have resulted in an almost complete elimination of common respiratory viruses affecting children, including respiratory syncytial virus (RSV). This means that the current UK cohort of children and adults who have not been exposed to RSV is considerably higher than normal.

“Based on surveillance data from Public Health England there is now an increased number of cases of RSV in the community, and immunisation is therefore recommended to begin as early as possible.”

It added advice from experts and evidence from the southern hemisphere “suggests that case rates could potentially rise by 20-50 per cent above historic levels and may occur earlier in the year than is usually expected.”

NHS officials have started to gather data on how many infants have been admitted to A&E with RSV in recent weeks.

The virus largely disappeared throughout the course of the pandemic, but paediatric experts are fearful of a surge in cases among children who would otherwise have been infected during September through to November of last year, the peak of the RSV season in Britain.

“There’s a possibility that because we’ve missed a year that as well as seeing the babies we normally see under-1s, then we might toddlers between 1 and 2 who get this cold,” said Dr Liz Whittaker, a lecturer in paediatric infectious diseases and immunology at Imperial College London.

Scientists such as Dr Whittaker have been tracking the experience of Australia, which saw a “very brief but intense high number” of RSV cases after opening up in October and November 2020.

Other countries, such as New Zealand and Japan, have also reported surges in infection after the easing of their lockdowns. In the US, the recent rise in RSV cases is so pronounced that the Centers for Disease Control and Prevention issued a health advisory on 10 June.

The UK has yet to follow such trends, but there’s an expectation that cases will spike once all restrictions are lifted and the country nears the autumn months.

Typically, RSV accounts for approximately 450,000 GP appointments, 29,000 hospitalisations and 83 deaths per year in UK children and adolescents, the majority among infants, according to modelling.

Dr Whittaker, who is also a consultant at St Mary’s hospital in London, said the NHS was on “high alert” for the coming RSV season. “I expect we’re going to be very busy in the autumn but I’m hopeful it won’t be terrible.”

A&E units are already treating a sudden surge in young children suffering from other infections usually only seen in winter, according to three major royal colleges.

In some cases, anxious parents are bringing their children into hospital with nothing more than mild fevers, placing further pressure on “overwhelmed” emergency departments, the colleges said last week.

“Although we were outrageously busy in May after everything opened and the kids were all mixing, it was with the other respiratory viruses that happen all the time, so rhinovirus, parainfluenza virus,” said Dr Whittaker.

She said there have been a small number of RSV cases “here and there” but “nothing in the region described in the Australia setting”. Even so, the NHS is “making a plan” for the coming months, she added.

As part of these preparations, paediatric health experts have launched the BRONCHOstart study, an A&E-based surveillance project that aims to identify RSV cases presented to emergency departments and “get a head start on early infections coming through”, said Dr Whittaker.

Dr Ashley Reece, a general paediatrician at the Royal College of Paediatrics and Child Health, said RSV typically causes 85 per cent of respiratory presentations seen in children between November and March each winter.

He said paediatric departments across the country have been asked “to put together contingency and surge plans that might help us manage extra capacity throughout later on in the summer and into early autumn”.

Infants who fall seriously ill with RSV may often require feeding support and oxygen therapy, which can include both invasive and non-invasive ventilation. In other cases, a child can be cared for at home by monitoring breathing symptoms and ensuring fluid intake is adequate.

Dr Reece said the “vast majority” of children who are placed in intensive care with RSV “bounce back very quickly”. However, he said, “if there’s a bigger surge of RSV than normal then we may need to admit more children and some of those may need more respiratory support.”

Primary care networks and GPs are gearing up for a potential wave in cases too, Dr Reece said, “to support the wider system and prevent the need for significant number of children to be referred to hospital.”

“It’s fair to say that there’s some cases coming through in UK hospitals now,” he added, but insisted it was “hard” to put a number on the amount of RSV infections recorded in a typical year. “Some children affected by RSV may have other respiratory issues,” Dr Reece said. “It’s really difficult to quantify.”