PSG forward Neymar is reportedly considering signing an extension to his current deal at Paris Saint-Germain despite speculation continuing to link him with a return to his former club Barcelona.

The 28-year-old has been in superb form again for Thomas Tuchel’s side this season, scoring 13 goals in 14 games in Ligue 1, and he also netted a crucial away goal in the 2-1 defeat to Dortmund in the first leg of their Champions League last-16 tie on Tuesday.

Neymar was said to be desperate for a move away from the club last summer, with La Liga giants Barcelona and Real Madrid appearing the most likely destinations.

But according to Spanish publication Mundo Deportivo his happiness at Parc des Princes has improved, and he is contemplating staying on in the French capital.

Neymar has formed a lethal partnership with Kylian Mbappe, and allegedly does not currently see any reason to move on.

His current contract is set to expire in June 2022, meaning he could become a free agent in two years time, but it would be a huge boost to PSG if they can convince him to sign on for another few years.

As ever Neymar has been involved in a few controversial incidents both on and off the pitch this season, with eyebrows raised after he again missed a game after celebrating his birthday.

He also appeared to aim a subtle dig at PSG for not playing him recently, saying: “It was not my choice not to play the last matches. I wanted to play, I felt good. The club was afraid and it is I who suffer from it.”

Neymar will next be in action when PSG take on Bordeaux in Ligue 1 on Sunday as they look to maintain their 10 point lead over Marseille at the top of the table.

Premier League has ‘ambitious’ plan to resume season in May 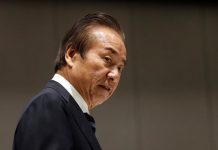