Next has emerged as a winner from a tough Christmas period as sales transferred from shuttered stores to its website, but the fashion chain warned new lockdown measures would wipe out the extra profit it had made.

The retailer’s chief executive, Simon Wolfson, said profit from better than expected sales in November and December would be almost entirely offset by this month’s new lockdown restrictions in England that would force its stores to close, as well as costs stemming from the disruption to its important traditional Boxing Day sale.

The retailer said the pandemic was also delaying the arrival of container traffic from the far east. Wolfson said many of its deliveries were running two to three weeks late with its stock levels 10% lower than two years ago.

Wolfson expected stock levels to “return to more normal levels by the end of March”.

The company said the closure of about half its shops had limited its capacity to clear discounted sales stock. It would be able to clear about a quarter of the sales stock through its website; however, it would cost the company £5m more than selling it in its shops.

At the start of the Covid crisis, Next had predicted the pandemic would have a disastrous impact on its finances, but sales have held up better than it anticipated, boosted by new home furnishings, loungewear and children’s clothing.

Next predicted profits of £670m for the coming financial year, an estimate that assumes its stores will be closed in February and March, with sales recovering to match 2019 levels.

Under Wolfson’s longstanding leadership, Next has been one of the industry’s most resilient retailers. Its shares have recovered strongly from last year’s steep fall when the UK first went into lockdown. 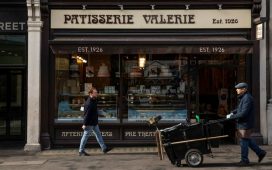 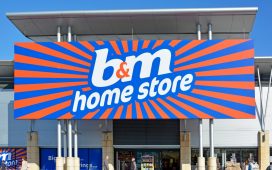