The announcement by Bola Tinubu, chieftain of the All Progressives Congress (APC), of his intention to contest for the 2023 presidential election dominated the cover pages of Nigerian newspapers. 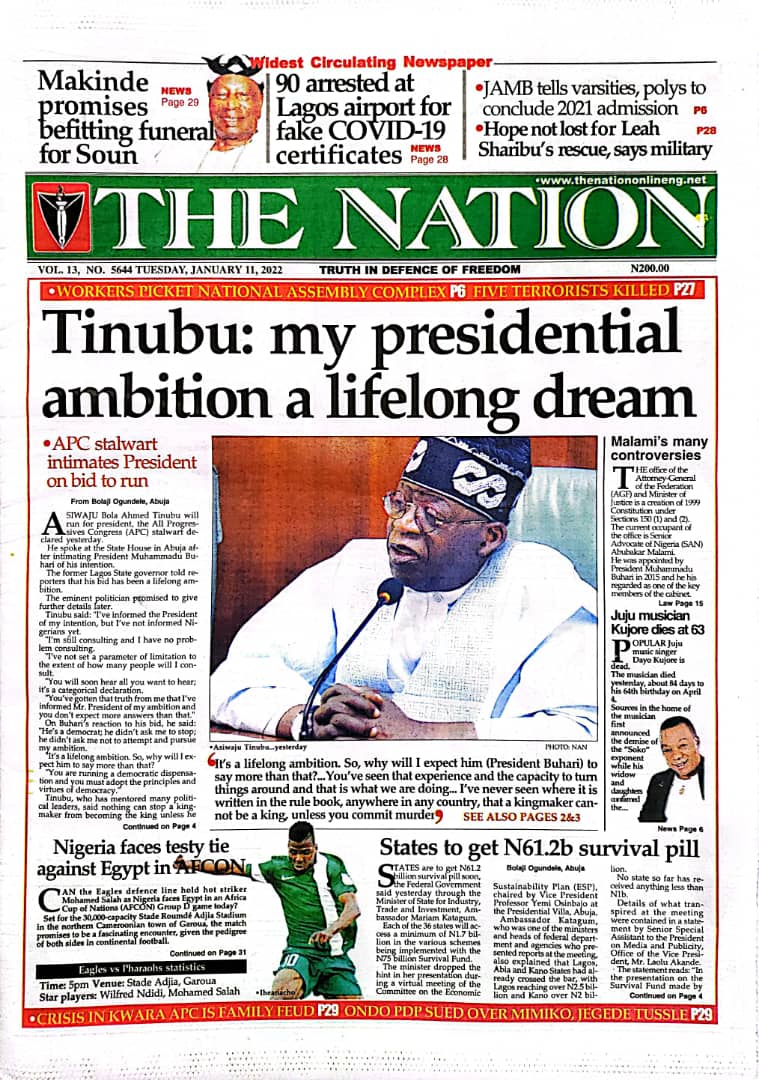 The Nation reports that Tinubu has declared his intention to run for the 2023 presidential election. The newspaper says the federal government said states will get N61.2 billion survival fund. 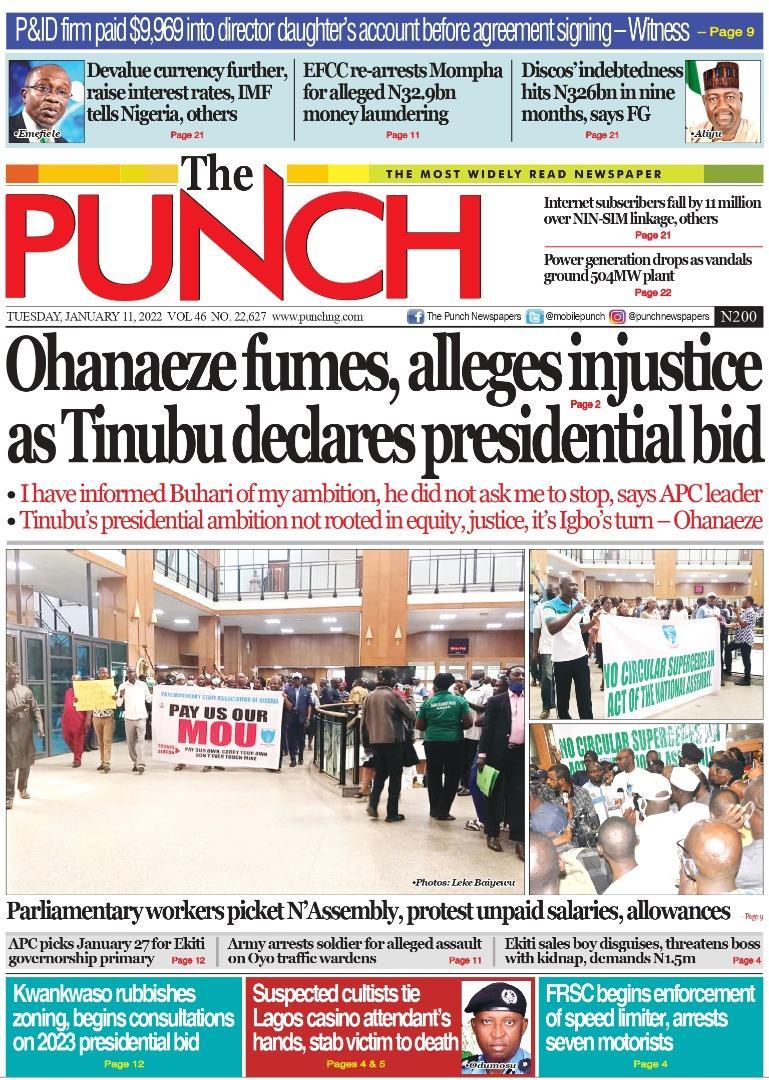 The Punch reports that Ohanaeze Ndigbo has described the declaration of Tinubu to contest the 2023 presidency as against the rules of natural justice. The newspaper says the International Monetary Fund (IMF) has asked Nigeria and some countries to devalue their currency and increase interest rates. 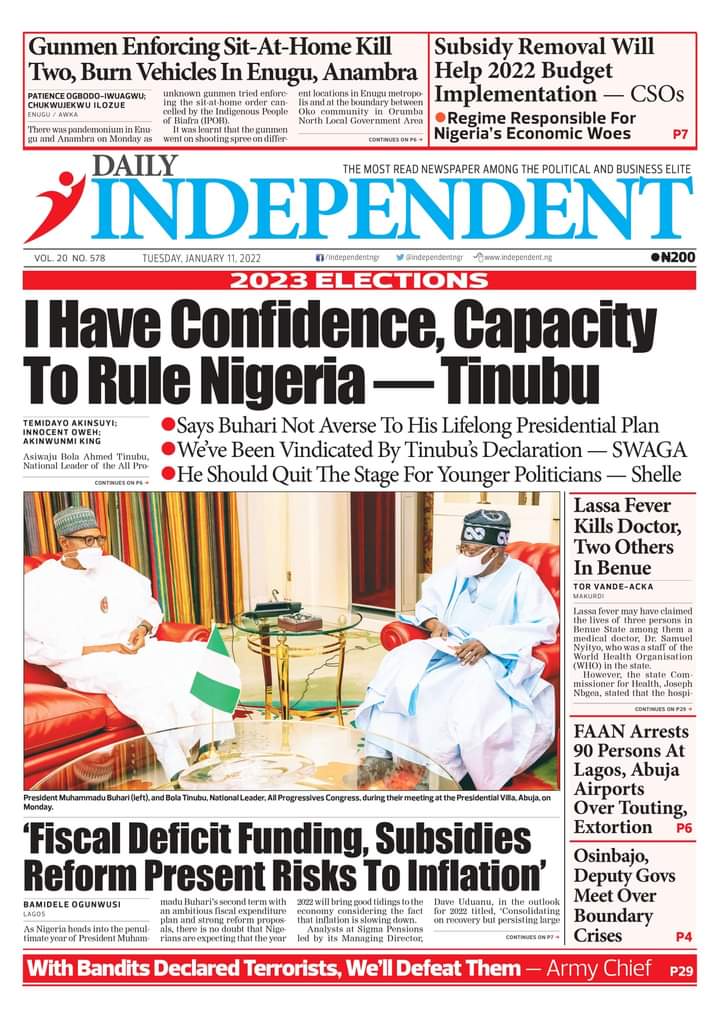 Daily Independent says gunmen enforcing sit-at-home killed two persons and burnt vehicles in Enugu and Anambra. The newspaper reports that the Federal Airports Authority of Nigeria (FAAN) has arrested 90 people at Lagos and Abuja airports over touting and extortion. 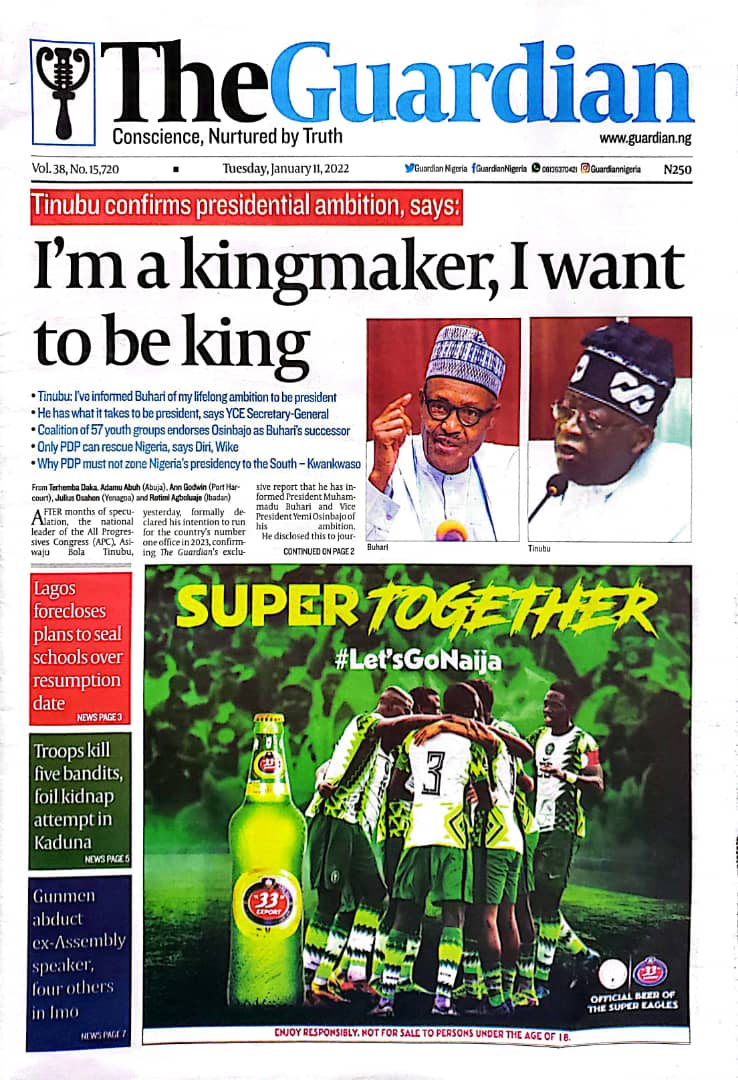 The Guardian reports that the Lagos government said it will not seal schools in the state over non-compliance with the resumption date. Gunmen kidnapped Lawman Duruji, former speaker of the Imo state house of assembly and four others, the newspaper says. 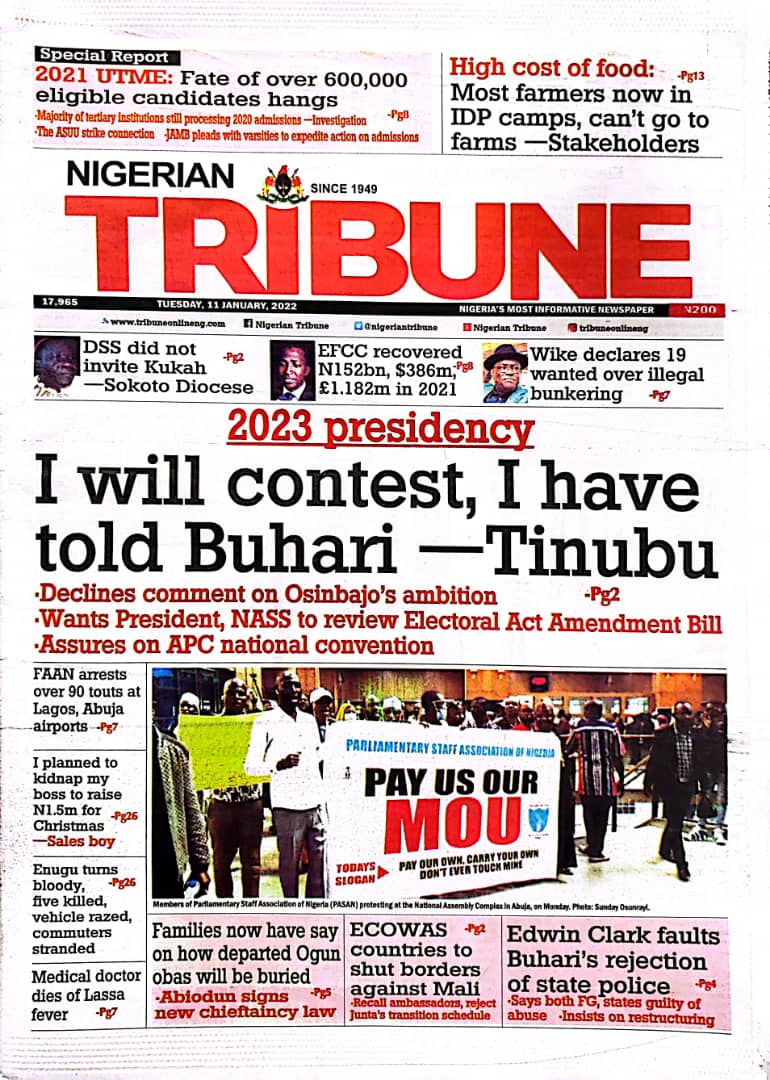 The Nigerian Tribune says Edwin Clark, Ijaw leader, faulted the position of President Muhammadu Buhari on state police. The Catholic diocese of Sokoto said Matthew Kukah, its bishop, did not receive any invitation from the Department of State Services (DSS) as widely reported on social media, the newspaper reports.