Here’s the fans’ half-term verdicts on their teams from today’s Observer.

We’ve had only a few bright spots in a generally disappointing, if not unexpected, first half of the season. We’re lucky to have the points tally we do, but that might just be a platform for staving off relegation – again. Our possession in games is abysmal, rarely topping 35%: it’s perhaps a blessing we can’t watch it live … 4/10

Stars and flops Karl Darlow has proved an excellent deputy for the injured Martin Dubravka and has kept us in games. Callum Wilson’s skill, tenacity and scoring touch have been a revelation, and Isaac Hayden has evolved from being so-so to so essential. But Jeff Hendrick has done little to improve the squad while Joelinton still struggles, typifying the “Ashley knows best” deadweight we’ve had to endure for 13 years.

Happy with the manager? No. Bruce’s rope-a-dope tactics are exasperating. After 17 months and no progress, his excuses about Rafa’s legacy are wearing thin. Fans are bemused by pundits telling us he’s doing a good job. With the talent at his disposal, we should be producing pacier, more incisive, attacking football. As a Geordie he cares about the club, but “Bruceball” is painful to watch and the manner of our League Cup exit was extremely worrying. With Rafa, it felt like there was a plan. With Bruce, it feels like we’re going nowhere. 4/10

We need to sign We’ll be in the bargain basement again, but we’re desperate for a midfielder who can grab hold of a game and drive it forward. And we’d love to see Dutch left back Jetro Willems return.

Favourite moment of 2020 Newcastle fans telling the Premier League to stick their £14.95 pay-per-view scheme and donating to a food bank instead.

It’s been another terrific season so far. In the top four above City, Chelsea and Spurs and through to the Europa League knockouts is all we could have asked for. I was worried we’d struggle with our intense fixture congestion, but so far, so good. 9/10

Stars and flops Our established stars continue to make major contributions but special mentions have to go to James Justin and Nampalys Mendy who have done incredibly well deputising for one of the best full-backs and one of the best defensive midfielders in Europe. It’s also pleasing to see Brendan Rodgers finally utilise Ayoze Pérez more effectively too.

Happy with the manager? There’s not much room for criticism in terms of our current progress, but it’s not all been plain sailing. On our day we’re among the best sides to watch in Europe, but when we’re bad, oooyah beauty, are we bad! It’s a learning curve but Rodgers needs to find a way to quicken our football up against deep low blocks – oh, and to answer our enduring set-piece defending woes. 8/10

We need to sign Another striker to give us something different up front. Vardy can’t carry the forward line on his own for much longer and Pérez is better in the No 10 role.

Moment that made me smile in 2020 Seeing Leicester qualify for the last 32 of the Europa League at Braga was a special moment. Especially with two homegrown Chisits and club legend Vardy getting the goals. 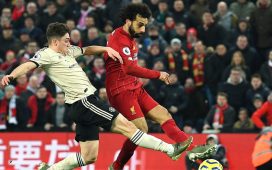 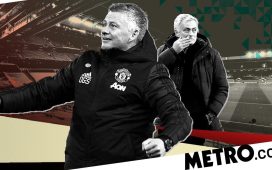 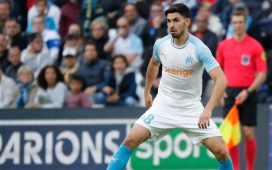