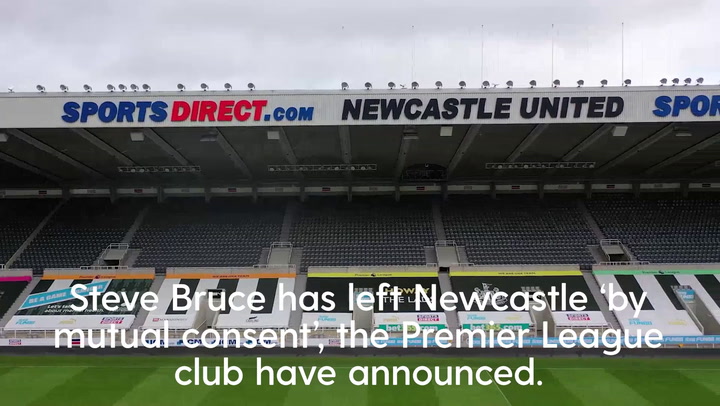 This was supposed to be a new era. Life without Steve Bruce. Newcastle fans finally got their wish.

But, as that old saying goes, the grass isn’t always greener. Well, on Saturday’s evidence at Selhurst Park, it doesn’t seem to be.

The scoreline may suggest this was a close contest with Crystal Palace, but that couldn’t have been further from the truth.

They were out-thought and out-fought by a Palace team who, despite their positive performances under Patrick Vieira this season, have still managed only one win in the Premier League.

It could and should have been a different scoreline though.

In truth, Benteke should have had four goals, hitting the crossbar twice and missing a sitter after Wilson had pulled Newcastle back into the game.

Yes, the Magpies battled to a point but it was by no means pretty – or deserved.

The visiting faithful travelled to south London in their thousands and were in full voice for the duration of their first game since Bruce’s sacking as manager this week.

They’ll be heading back to Tyneside with little to shout about though, after watching their managerless side struggle against Palace.

They were second-best throughout this clash and interim manager Graeme Jones, who is expected to be in the dugout for next Saturday’s match with Chelsea, can have few complaints about this result.

Much has been made of Bruce’s departure at St James’ Park and who will be the man to oversee this new era under new owners.

Who should Newcastle hire as their next manager? Comment below.

While a hefty transfer budget may seem appealing for Paulo Fonseca, who is expected to land the job, what remains obvious is the task that lies ahead.

Getting the best out of this current squad until January is going to be some challenge.

Palace enjoyed the better start and almost found themselves in the lead in the opening minute, following smart play from Odsonne Edouard.

The Frenchman produced a clever dummy to fool the Newcastle defence and, after finding himself with the ball down the left flank, his through ball caused mayhem in the visitors’ box but Christian Benteke’s instinctive header flew over the bar.

But they grew into the game and were close to taking the lead through Wilson, who somehow poked into the side netting from close range.

That revival was short-lived though, as Palace continued to dominate and should have opened the scoring; but Benteke saw his header cannon off the crossbar.

For all of Palace’s dominance, this is becoming a theme of their season so far; a failure to make teams pay when they’re on top.

That was very much the theme of the opening 10 minutes, with Palace dictating possession and Newcastle relying on counter-attacks.

They were punished on Monday when Arsenal snatched a last-gasp equaliser and Patrick Vieira may have feared a repeat here at Selhurst Park.

Indeed, the Frenchman would have no doubt been scratching his head after seeing his team go into the break with the scores goalless.

Michael Olise, making his first start after impressive substitute performances in the 2-2 draws with Leicester and Arsenal, was a constant menace in that first half.

Playing on the right flank, the 19-year-old made Matt Ritchie chase his shadows in a torrid 45 minutes for the makeshift left-back.

The second half proved more of the same.

Palace again started the better of the two and were inches from edging in front, only for Benteke’s speculative effort to narrowly fly over the bar.

The Belgian finally got off the mark 11 minutes into the second half, powering home Tyrick Mitchell’s floating cross beyond the helpless Karl Darlow.

They were then made to pay for failing to take their chances, as Wilson levelled the scores with a spectacular overhead kick.

Palace remained on top and the hosts put the ball in the back of the net for the second time, but VAR correctly ruled it out for offside and Vieira were once again left to rue his side’s missed chances.