Steven Gerrard’s fantastic business in the transfer window at Aston Villa underlines the value of a big-name manager.

To bring in Philippe Coutinho on loan from Barcelona, and completing the £25million purchase of Lucas Digne from Everton, shows the pulling power of Gerrard’s personality – and of Villa as a big club.

To be honest, those two players are of the calibre Newcastle United fans might be expecting to sign in this window.

Instead – and no disrespect to Chris Wood, who was consistent and valued at Burnley – they have signed a 30-year-old centre-forward for £25 million.

Newcastle may be the richest club in the world on paper, but spending money is not as simple as writing a cheque.

Eddie Howe did an exceptional job at Bournemouth, and I wish him well on Tyneside. But I do wonder what the reaction among the fans would have been if Steve Bruce was still in charge and he had signed Chris Wood?

I must stress: I like Wood. He was an excellent focal point up front for Burnley, fitted the way they play, he is an under-rated No.9-type striker and the deal weakens Newcastle’s relegation rivals.

But back in October, when Bruce was on borrowed time, I said Newcastle should go for Gerrard because his pulling power would be ideal, a standard-bearer for those marvellous 52,000 fans who turn up at St James’ Park every week.

Did Newcastle make a mistake not employing Steven Gerrard? Comment below

As Gerrard is proving at Villa, he has clout, he has contacts and big-name players want to work for him.

Let me put it this way: If Gerrard had been manager of Newcastle, and he was offering exactly the same money for Coutinho and Digne as Aston Villa, I would have expected those players to sign for Gerrard.

That’s no reflection on Howe. It’s just a comment on Gerrard’s standing in the game as a Champions League winner, a former England captain and a manager who led Rangers to an invincible season, ending Celtic’s decade of domination north of the border.

Robbie Savage would have been lured to Sunderland by the Roy Keane factor – had it not been for his voicemail!

You don’t get many major transfer deals done in January. Most big business is conducted in the summer, when clubs have more time to rebuild or refine their squads.

Obviously I was an exception to that rule when I joined Derby County in 2008 (only joking).

But on a serious note, you may recall Roy Keane – then the Sunderland manager – deciding not to try and sign me when he heard my ‘Wassup?’ message on my voicemail.

Taking nothing away from anyone at Pride Park, but if I’d had the choice of playing for Keane, I would have signed for him in a heartbeat because of his personality and reputation as a winner.

Steven Gerrard has a much larger pulling power than Eddie Howe
(

As it is, Newcastle are undoubtedly strengthened after signing Wood and England defender Kieran Trippier. Those two recruits will give them a better chance of staying up – although it may not be enough.

As for Gerrard, who I expect to finish in the top half with Villa this season, I will make one last observation.

I suspect he would have taken more than six points from his first eight league games at Newcastle. And he wouldn’t have tolerated being knocked out of the FA Cup at home by Cambridge. 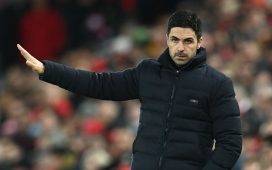 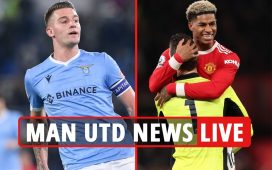