New York – New York State has introduced legislation that would accelerate the urgency for fashion businesses to conduct their manufacturing more responsibly. The generally unregulated industry that contributes substantially to the world’s greenhouse gas emissions at a rate of 4-8.6 percent, contaminates billions of gallons of water dyeing textiles, and has—knowingly or unknowingly—benefited from exploitative labor practices in a race to the bottom to sell the cheapest and fastest-made clothing.

The Fashion Sustainability and Social Accountability Act would shift the responsibility from consumers to navigate greenwashing and require fashion retail sellers and manufacturers doing business in the state—those with an annual worldwide gross receipt that exceeds one hundred million dollars—to map out their supply chains, disclose the environmental and social impact of their activities, and set binding targets to improve those impacts. This would affect brands from the largest luxury multinationals, like LVMH, to opaque fast fashion e-sellers, like Shein.

The bill would mandate companies to post these disclosures clearly on their websites within twelve months of the enacted law. It would also establish a Community Benefit Fund, administered by the Department of Environmental Conservation, that would commit monies obtained through fines to benefit environmental justice projects. Companies found in violation, and who do not remedy within three months of notification, may be fined up to 2 percent of annual revenues. And while the Attorney General is tasked with enforcement, consumers may also take civil action against a person or companies perceived to be skirting the law.

Senator Biaggi: “We set out to create standards that enact real change”

State Senator for the Bronx and Westchester, Alessandra Biaggi, sponsored the bill with support from the Act on Fashion Coalition, which includes think tank New Standard Institute, the Natural Resources Defense Council (NRDC), and the New York City Environmental Justice Alliance. In response to a request for comment by FashionUnited, the Senator explained that her interest in the issue originated back in law school. “I took a course on fashion law and was instantly drawn to working on this before ever working in government. Early last year I connected with the New Standard Institute to collaborate and draft a first of its kind piece of legislation that addresses various systematic problems within the industry. We looked at issues that many industry leaders have been working to address— such as strengthening labor practices and lowering carbon emissions—and set out to tie them all together and create industry wide standards that will enact real change within the field.”

It is significant that New York, a fashion capital of the world, is taking leadership on this issue and the New York Times reports that “there is no general legislation in any country governing the greater social and environmental actions of the fashion industry and mandating change.” Senator Biaggi goes on to acknowledge that if New York is committed to climate justice and workers’ rights the state “has a moral responsibility to serve as a leader in mitigating the environmental and social impact of the fashion industry,” noting that, “For too long, the fashion industry has operated in a black box, preventing consumers and government alike from seeing the scope of production.”

New York State has already implemented ambitious climate laws, including the Climate Leadership and Community Protection Act of 2019 that requires a 40 percent reduction of economy-wide greenhouse gas emissions by 2030. A co-sponsor of the ‘Fashion Act’ in the state senate, Brian Kavanagh, has long supported legislative efforts to enhance energy efficiency in construction projects, prohibit new fossil fuel infrastructure, and reduce carbon emissions. “In order to successfully combat the effects of climate change, we must fundamentally improve the practices of all sectors of our society, including the apparel and footwear industry,” the Senator for Brooklyn’s waterfront and Lower Manhattan stated.

The New Standard Institute urges a voice of support for the bill through the hashtag, #ActOnFashion, to encourage New York to move quickly. As Senator Biaggi appropriately concludes, “It is not hyperbole to say, our state, nation, and world’s future depends on it.” 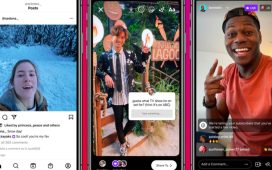 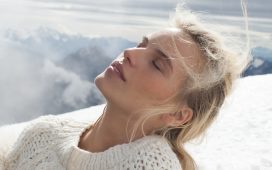 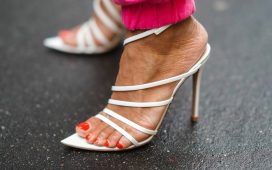 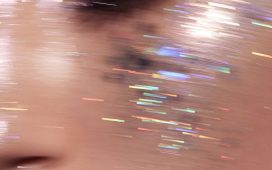 ‘I'm not an anti-vaxxer’: This is what's really driving vaccine hesitancy in young women