NEWSCABAL
NEWSCABAL > world > New York gossip queen Cindy Adams: ‘My loyalty is to anyone who’ll give me the best quote’
world

New York gossip queen Cindy Adams: ‘My loyalty is to anyone who’ll give me the best quote’


Cindy Adams, the long-serving gossip queen of the New York Post, was battling Hurricane Ida in her Manhattan apartment. Her terriers were disturbed, and she was not sleeping. “A glass-enclosed penthouse is not good,” she said. “The pounding of the rain. And not just rain, the thunder. I was up all night.”

The morning after, as blue skies returned, Adams, 91, was back at work, compiling her column just as she has done, five days a week, since 1979, and signing them off: “Only in New York, kids, only in New York.”

Over the past several weeks, Adam’s star has gone through a transmutation. Two weeks ago Gossip, a four-part Showtime documentary focused on the rise, and, in some respects, fall, of the art of the gossip industry was released. Adams is heavily featured.

“This is it, this is the Big Apple. The big sin city. The city where you can do anything. Get a hamburger at two in the morning, where you can get dirty pictures, a hooker. You can get anything you goddamn want in the world. So it brings everybody like moths to a flame,” Adams said, offering a consistently up-beat message of the Naked City past, present and future.

“They come from their little townships or villages. They live a reasonably nice life. They come to New York and it all goes to hell. I don’t know what they’re like in their home towns, but when they get here for five days they turn into wild people. The ones who stay get devoted to the city.”

The New York Post, is of course, a Rupert Murdoch-owned paper, his first in the US – ownership of the Wall Street Journal came later. Newsprint, it is widely reported, is the media mega-baron’s first love and a trumpet for his viewpoint of power, and who is currently wielding it. “Of course we’re friends,” Adams says of her boss. “I have an intense love of the New York Post because I’m a New Yorker and it’s the smart mouth of New York.

“You can’t go the Hamptons, or go out to dinner, if you haven’t read the Post, because you’ll have nothing to talk about. It is the quintessentially smart mouth of New York, and we who work on it have a bit of that.”

In that sense, Adams’ beat is the whole city, its powerbrokers, and the gossip that surrounds them, often like a bad perfume. She’s a sharp operator who probably would mind being described as a tough broad. “My loyalty is to anyone who will give me the best quote or the best story,” she points out.

Her mother, a single parent, worked as a secretary in the water department. (She later married an insurance agent.) Adams came to gossip – a term she doesn’t care for – via the comedian Joey Adams, her husband since 1952 to his death in 1999. “To Joey, this was the most exciting job on earth, and I got pushed into it,” she says. In fact, her husband and the famed columnist Walter Winchell were brothers-in-law. It was Winchell who famously said: “Gossip is the art of saying nothing in a way that leaves practically nothing unsaid.”

In her home, the walls and ceiling are plastered with Post scoops, themselves tributes to the energy of the city. Donald Trump features prominently, along with Harvey Weinstein and a four-decade parade of dubious characters.

Curiously, though, there’s no Jeffrey Epstein, an absence that suggests he was a non-entity in social and power terms. “I didn’t know him. Never met him. If I did, I didn’t have any reaction to him,” Adams says.

With the release of the documentary has come new recognition for Adams, but also criticism. Adams is known for making friends, or at least having contacts, with a succession of international rogues, among them Indonesian president Kusno Sosrodihardjo, aka Sukarno, of whom she co-wrote an autobiography in 1965, and Imelda Marcos, the widow of widow of former Philippines president Ferdinand Marcos. Criticism for those associations has amplified by the documentary.

But there’s a second point, she says, which underscores the New York mentality. “These important people like a general or a president are not used to the New York mentality. With Sukarno, people would approach him on their stomachs in the Javanese way. I kissed him on the forehead and called him honey. I was doing what I could do to make them laugh or smile. It was very New York, and that’s what it was.”

Her friendship with Trump still rankles many. Adams acted as Trump’s mouthpiece during a divorce battle (Trump’s then wife Ivana went to the New York Daily News columnist Liz Smith). The pair, Cindy and Donald, has been introduced by Roy Cohn, the fearsome attorney who, she says, “is what he is – he was awful. I was just a kid so I meant nothing to him.”

But Cohn had use for her husband, who acted a toastmaster at dinners for important people, and Trump learned from Cohn how to use the press to further his goals. Trump and Adams became fast friends, so much so that she avoided writing about him for the four years of his presidency.

“It wasn’t easy, but I believe in intense loyalty. He’s my friend and extremely good to me when I needed it after my husband passed away. I don’t forget something like that.”

In that Trump understood – and understands – how to work the media, now with the self-publishing subsets of social media, is it correct to call his the first tabloid presidency?

“He utilized the press, he utilized everything he could to get his name out. That’s how he made his name to begin with. That’s why Roy Cohn told me in the 70s this kid is going to become something in New York. He’s going to run the city.”

Adams was standing by Trump on the night of his election victory, watching seven TV screens from the middle of his office as everyone stood back. “He said to me, ‘Do you remember what Roy Cohn said?’ It was the night that this kid became president of the United States.”

Gossip has received positive reviews. An equally good, if fictionalized take, can be found in the Burt Lancaster-Tony Curtis, masterpiece Sweet Smell of Success. But Adams hasn’t found approval from all quarters.

A reporter from New York magazine described her column as “reporting of the kitten heel rather than the shoe leather – proudly transactional, rarely transparent, tailored not for the public interest but for private grievance or professional maneuvering or petty warfare”.

But Adams, in her ninth decade, gives as good as she gets. “She had a bit of an attitude, and I understood I was going to be castigated. If a lady comes to you and she has long blonde hair, and she thinks you’re not noticing it – and I notice everything, it’s what I do … she placed it down one shoulder and then the other, repeatedly. It’s a nervous tic that shows insecurity.”

Adams shows no sign of giving up on her beat. It’s not for everyone, but she has opinions on how gossip itself hasn’t changed, but its forums have. “When I started it was once a charming, amusing little fun thing. Now everyone is doing it. Every broadcast, every journalist, every newspaper. It’s in varying forms, but it is gossip. It’s infiltrated the entire world.”

As goes Cindy Adams, so goes New York – and in her estimation, the world. “For all its problems, it’s still the capital of the world. You can’t get away from it. You can’t get tougher and smarter and richer and glossier than you can here. It isn’t going to happen in Poughkeepsie.”

See also  Europe sees surge in illegal migration, 59% more than in 2020 so far
Share on FacebookShare on TwitterShare on PinterestShare on Reddit
newscabalSeptember 12, 2021 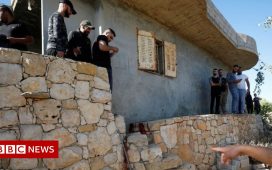 Femicides in the US: the silent epidemic few dare to name

Crossroads by Jonathan Franzen review – spiritual successor to The Corrections

Tracey Ullman: ‘I couldn’t tell a joke to save my life. I want to be taken seriously’ 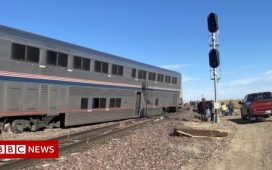