Hundreds of key workers and community champions who battled the pandemic have been recognised in the New Year honours list for the UK which celebrates people’s extraordinary response to the Covid-19 crisis.

Lewis Hamilton, the Formula One driver, and the cinematographer Roger Deakins are among the celebrities knighted, while the architect David Chipperfield gets the Companion of Honour. The actor Toby Jones and Jed Mercurio, creator of the TV series Line of Duty, are given OBEs for services to drama. On being made a dame for services to drama the actor Sheila Hancock said she feared she was “slightly miscast”.

Nina Wadia, who performed in the BBC soap EastEnders, and Sally Dynevor, a stalwart of ITV’s Coronation Street series, also received honours – an OBE for Wadia, and MBE for Dynevor. The music producer and DJ Craig David is recognised with an MBE.

Among the political figures honoured are Geoffrey Cox, the ToryMP for Torridge and West Devon, who becomes a knight, while Labour’s Angela Eagle, who became MP for Wallasey in 1992, is made a dame for parliamentary and political service.

But while many of this year’s 1,239 award recipients have names that few would recognise, none would argue with the decision to honour their sacrifice and commitment in a year that “truly tested the resolve and determination of those on the frontline”.

Among the 123 health and social care workers honoured is 62-year-old Cath Fitzsimmons, from Eccles, a former palliative care nurse who came out of retirement when the pandemic struck. She described the struggle with trying to help patients without being able to hug them in the most difficult moments, and learning to smile with her eyes. She gets a BEM (British empire medal). Prof Farah Bhatti, 55, the first female consultant cardiac surgeon in Wales, receives an OBE.

Also honoured are people who have helped NHS staff. They include Emma Henderson, the airline pilotwho co-founded Project Wingman, creating “first-class lounges” in 80 hospitals for exhausted workers; she receives an MBE.

An OBE goes to 28-year-old Azeem Alam, a doctor, who provides, with a team, free medical education through BiteMedicine; and an MBE goes to deputy director of nursing Jacky Copping, 55, for initiating safety procedures for fitting personal protection equipment (PPE) at the James Paget University hospitals NHS foundation trust.

Recalling the early days of the pandemic, when UK supplies of PPE were low, an OBE has been awarded to Katherine Dawson, founder of the garment business All-in-One Company, for setting up 120 “Scrub Hubs” to make uniforms. And Manoj Varsani, founder of the property management tool Hammock, was made an MBE for setting up the voluntary organisation SOS Supplies to help provide more PPE.

Scientists also feature in the 2020 list, with Prof Wendy Bickmore, head of the University of Edinburgh’s MRC Human Genetics Unit, given a CBE, and Prof Wendy Burn, former president of the Royal College of Psychiatrists, getting the same honour for predicting the mental health impact of the pandemic. Phillippa Spencer, senior principal statistician at the Defence Science and Technology laboratory, at Porton Down, is made an OBE for services to defence during the crisis.

Prof David Stuart, a structural biologist at Oxford University, who has spent his career studying the nature of viruses, has been given a knighthood, and forensic psychologist Prof Laurence Alison, director of the Centre for Critical and Major Incident Psychology, at Liverpool University, was made an MBE for his work, which he said he did “for the love of doing it and because it provides purpose”.

Ocado’s chief executive, Mel Smith, is made a CBE for services to the food supply chain during the pandemic, and Kate Nicholls, chief executive of industry body UKHospitality, becomes an OBE for speaking up for the embattled hospitality industry.

Community champions feature heavily in the 2020 honours list, some with extraordinary stories. Nadeem Sadiq Khan, a 40-year-old housing adviser for the charity Shelter is given a BEM, after continuing to help homeless people using his laptop on a Lahore rooftop after being unable to return to the UK after visiting Pakistan early in March.

Mark Owen, 57, a retired police officer from Llanynys, Clwyd, is given an MBE for coming out of retirement to lead the volunteer response to Covid-19 across north Wales.

Caroline Halfhide, 51, from Ash, Somerset, receives an MBE for changing her pub in to a village shop, while Jennifer Sims, 76, receives a BEM for providing hot meals and free bags of food to vulnerable people during the pandemic.

Women represent 49% of the total honours, while 14.2% come from a BAME background; 6.9% have a disability and 4% identify as being LGBT.

Among the diversity champions is Karen McDowell, 46, station commander at Northern Ireland Fire & Rescue Service, given an MBE for, among other work, building support networks for employees transitioning their gender. And Khakan Munir Qureshi, a senior independent living officer for Midland Heart, is given an MBE for services to LGBT equality.

Organisers said there were no plans to remove the words “British empire” from the honours system, despite critics saying that it glorified Britain’s colonial past and that there are increasing number of recipients choosing to turn down the honour.

Both old and young are recognised in the 2020 honours list. The eldest is Anne Baker, 106, from Salisbury, Wiltshire, who receives an MBE for fundraising for the NSPCC. And 104-year-old Ruth Saunders gets an MBE for walking a marathon to raise money for Thames Valley Air Ambulance.

At the younger end of the age scale, 20-year-old Samah Khalil, the youth mayor for Oldham, receives a BEM for working to empower young people.

Boris Johnson said the outstanding efforts of those who had received honours was a “a welcome reminder of the strength of human spirit, and of what can be achieved through courage and compassion”. 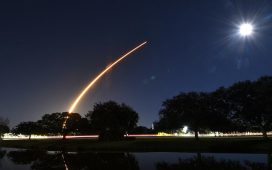 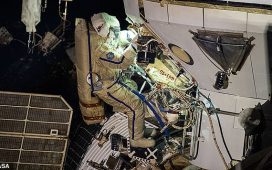 Two cosmonauts will carry out the first spacewalk of 2022 TODAY 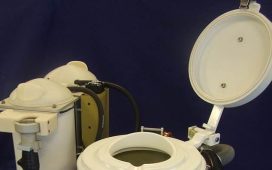 NASA challenges entrepreneurs design a toilet for a trip to Mars 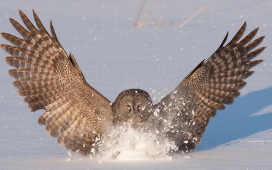 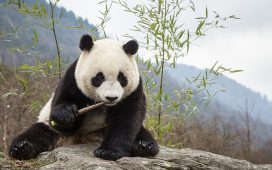 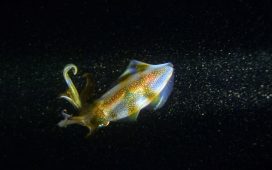