The new, eighth-generation Golf R is the fastest and most powerful series-production version of Volkswagen’s family hatchback yet. It will arrive in dealerships this month as the fifth member of the brand’s significantly expanded performance line-up.

Like its new Arteon R and Tiguan R stablemates, the top-rung Golf takes 316bhp and 310lb ft from an evolved version of the turbocharged 2.0-litre four-cylinder petrol engine that has powered the R-badged model since 2009.

The subtle power and torque boosts for the fourth iteration of the EA888 unit – dubbed the Evo4 – bring the Golf R’s 0-62mph sprint time down by 0.2sec to 4.7sec, plus Volkswagen claims peak torque is available from 2100rpm all the way through to 5350rpm.

The focus hasn’t been solely on improving outright performance, however, with a series of tweaks to the drivetrain aimed at improving agility and responsiveness over the previous car. The Golf R receives the same upgraded version of Volkswagen’s torque-vectoring system as fitted to the hot Arteon and Tiguan, meaning drive is distributed variably between the rear wheels for the first time, rather than just between the front and rear axle. Using a pair of electronically operated multi-disc clutches, the system is said to balance output across the axle from 0-100% within milliseconds.

Elsewhere, the camber on the front axle has been upped by 1.3deg, the stabiliser and spring rates have been raised by 10% and the steering software has been tweaked for a more direct turn-in response.

Some 1.2kg of unsprung mass has been shaved from the braking system, too, while the front aluminum subframe has been lightened by 3kg. The brake discs have been expanded by 17mm in diameter on the front axle for improved stopping performance and an uprated master cylinder gives a “crisp, precise” pedal response.

The Golf R is most obviously told apart from standard Golf variants by way of its 20mm suspension drop, “motorsport-style” front splitter, sizeable black rear diffuser, quad-exit exhaust and bespoke wheel designs. Blue brake calipers and a new illuminating blue strip across the grille round off the exterior upgrades.

Inside, the upgrades include sports seats with blue inserts, a sports steering wheel, stainless-steel pedals and a selection of R-specific displays for the touchscreen infotainment system. A new R-view, for example, displays a horizontally oriented rev counter and gives gearchange recommendations when the car is driven in manual mode.

Volvo XC40 Recharge is the same as its petrol twin, but way too expensive

Analysis: winners and losers in the automotive CO2 race 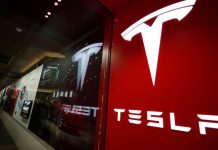 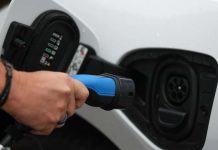