Researchers in Italy have published a study detailing the development of a new smart bandage that could monitor wound healing by detecting wound moisture.

Many factors can affect chronic wound healing, such as temperature, glucose levels and acidity. However, moisture level is one of the most important – if the wound is too dry the tissue can become desiccated; too wet and it can become white and wrinkled. Both situations can disrupt healing.

Presented in Frontiers in Physics, the team’s technology utilises a sensor that can measure wound moisture levels and wirelessly transmit the data to a nearby smartphone without requiring doctors to remove the bandage to assess wound healing.

The researchers believe that in future, changing the geometry and materials in the bandage could allow for fine tuning to suit different types of wounds, resulting in easier and more successful wound monitoring.

According to the team, choice of materials was a challenge as bandages need to be biocompatible, disposable and inexpensive.

To achieve this, researchers said they applied a conductive polymer called poly(3,4- ethylenedioxythiophene) polystyrene sulfonate (PEDOT:PSS) onto a gauze using a screen printing technique. They then incorporated the gauze with commercially available bandage materials.

“PEDOT:PS is an organic semiconducting polymer that can be easily deposited on several substrates as a standard ink,” said Dr Marta Tessarolo, study author, from the University of Bologna.

“We also incorporated a cheap, disposable and bandage-compatible RFID tag, similar to those used for clothing security tags, into the textile patch.”

To test the bandages, researchers said they exposed them to artificial wound exudate, which is the liquid that seeps from wounds. They also tested different bandage materials and shapes. According to their findings, the bandage was highly sensitive and produced ‘drastically different’ readings between dry, moist and saturated conditions.

“We developed a range of bandages with various layers and different absorption properties and characteristics,” said Dr Luca Possanzini, another of the study’s authors from Bologna. “The idea is that each type of wound could have its own appropriate dressing, from slowly exuding wounds to highly exuding wounds, such as burns and blisters.

“However, we will need to further optimise the sensor geometry and determine the appropriate sensor values for optimal healing before we can apply our technology to various types of wounds.” 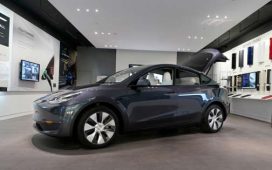 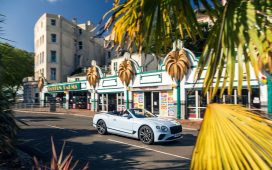