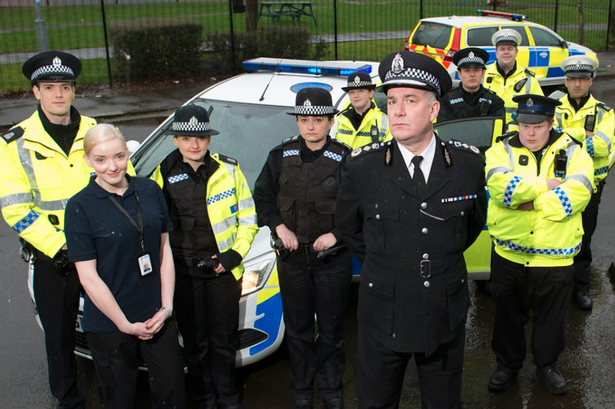 Scot Squad fans will be delighted to know that a brand new series of the show starts back tonight.

The spoof comedy following the ‘first Unified Scottish Police Force’ is back on our screens at 10pm on BBC Scotland.

The popular ‘mockumentary’ follows a team of Scottish police officers fighting crime in the local area.

Speaking of the show’s return on Twitter, Jordan Young, who plays PC Jack McLaren, wrote: “As I’ve previously stated, I’m done with self promotion. It’s just not me anymore. This is just a pic of me and one of my best pals on my birthday. It’s absolutely nothing to do with what may or may not be on BBC Scotland tonight at 10pm. #selfpromotionisfortheweak.”

And Darren Connell, who plays Bobby, tweeted: “Brand new Scot Squad tonight everyone, BBC Scotland at 10pm. Can’t wait for it to finish so my family can text me right after it and go “when is the police squad on?!””

And fans were also delighted to see it return.

While another wrote: “Best thing about 2021 so far and prob likely ever!”

And another added: “Can’t wait for a much needed laugh tonight!

“Buzzing for the return of @ScotSquad tonight! Canny wait to see @darrenconnell and @gradowrestling on ma screen again!” one fan penned.

You can catch the show on BBC Scotland at 10pm.