We’ve become used to checking how many miles per gallon a petrol or diesel vehicle will do, but checking the efficiency of an electric vehicle is not common practice yet.

That’s because we tend to focus on the fact that they emit no harmful gases, and measure their efficiency based on how many miles they can travel between charges.

However, the efficiency with which electric vehicles use their battery charge is important to note, because it could save you money by charging less often.

Electric vehicle consumer site Electrifying.com has put together a new E-Rating system, which aims to inform consumers which EVs use the least energy.

The ratings are calculated by taking various factors into account, such as how well electrical energy is converted into miles on the road, the speed the battery can be charged, and features such as heat pumps, intelligent brake energy recuperation and climate control preconditioning, which can all minimise energy use.

Top of the charts were the Tesla Model 3 and BMW i4, which both achieved an A++ rating. These were followed by 13 models that achieved an A+, including the Hyundai Ioniq 5, Vauxhall Corsa-e and electric Fiat 500.

At the other end of the scale, the Mercedes EQV was the only vehicle to score an E, with the Audi e-tron and Mercedes EQC receiving a D.

Based on kWh, Electrifying estimates that an A++ car like the BMW i4 would cost £580 less over 10,000 miles than the grade E Mercedes EQV.

Those two cars are in different segments, but if you compare two direct rivals, there are still savings to be had. For example, a Tesla Model Y can save you £180 over the same period compared with a Volvo XC40 Recharge.

Owners can also find themselves waiting longer for vehicles to charge, with a Vauxhall Mokka charging at twice the speed of a Mazda MX-30, for example, while some models from Hyundai and Kia can add 60 miles of range in under five minutes.

Ginny Buckley, founder of Electrifying.com, said: “It amazes me that until now we haven’t had an effective efficiency standard for electric cars, as we do across other sectors; but we’ve looked to put this right.

“As electricity costs less than petrol or diesel, it is easy to dismiss the efficiency of electric cars and think it isn’t important. But the costs of a less efficient model can soon add up. Perhaps more importantly, an electric car that is more frugal will go further and spend less time charging, meaning greater convenience for consumers.”

Edmund King, president of the AA, welcomed the arrival of the E-Rating,saying: “Anything that helps consumers decide on the most efficient EV for their needs in simple terms can only be a positive thing.

“Drivers need to research a range of factors based on their individual needs before deciding on any type of vehicle, and efficiency is a major factor for many.” 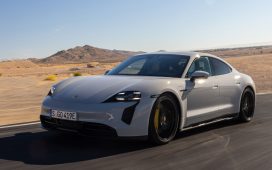 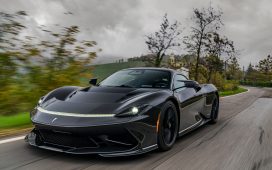 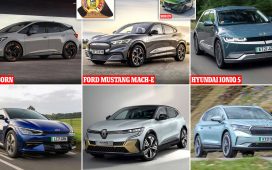