Paris Saint-German superstar Lionel Messi appeared to look incredibly unhappy at manager Mauricio Pochettino after he was substituted during the recent win over Lyon, but all is not what it seems 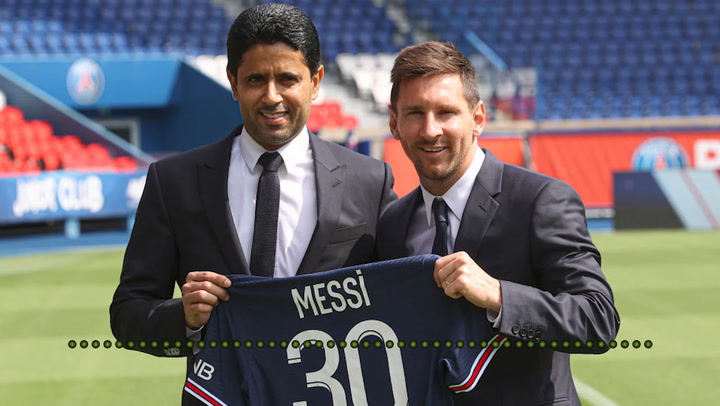 Is Pochettino under huge pressure at PSG after Messi arrival?

Speculation over whether Lionel Messi is already regretting his move to the French capital has begun after pitch-side cameras picked up footage of the Argentine appearing to snub a handshake from manager Mauricio Pochettino after he was substituted on his home debut.

However, the footage of Messi looking dejected and frustrated in equal measure at Pochettino may not tell the full story, as new footage has emerged of the six-time Ballon D’or winner sustaining what looks to be the knee-injury that will keep him out of the upcoming Ligue 1 clash with Metz.

While in the middle of a lung-busting run to help his teammates inside the Lyon penalty area last Sunday, Messi took a knock to his left-knee which could be the reason why he was replaced before the full-time whistle.

A statement from the French giants confirmed the injury and updated fans on the next stage in his recovery: “Lionel Messi, following the knock received on his left knee, has undergone an MRI this morning which confirms the signs of bone contusion, a new assessment will be made in 48 hours.”

It has not been the start to life in Paris many had expected for the former Barcelona icon, Messi has failed to contribute an assist or goal in his first four matches for his new side.

Pochettino was asked about the superstar during his pre-match media duties, to which he explained: “The club has already communicated Leo’s situation and it’s clear.

“We had seen that Messi was touching his knee. I’m very happy with what he did during the match [against Lyon]. After 75 minutes, taking into account the information we had, we made the decision [to bring him off].

“Messi is a great champion, and like all great champions, he didn’t want to come off. I’m happy with his commitment and his performance. He hasn’t scored yet, but he played very well.”

Will PSG win the Champions League? Have your say here.

There are fears that Messi could miss the upcoming Champions League clash against Manchester City in what would be a reunion for the star and his former boss Pep Guardiola.

Pochettino’s side have already endured an underwhelming start to their Champions League campaign after they were held to a shock draw by Belgian outfit Club Brugge.

The game ended 1-1, Ander Herrera bagging PSG’s only goal despite the Parisians deploying the attacking trio of Neymar, Messi and Kylian Mbappe. 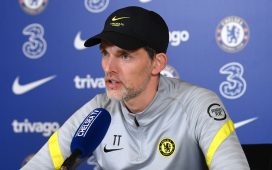