Maserati is gearing up to launch the Grecale as its second SUV, but the ongoing semiconductor shortage has forced the brand to push back the reveal date from 16 November to Spring 2022.

The company said it made the decision “in view of the background problems that have caused interruptions in the supply chains for the key components necessary to complete the car’s production process”. Production limitations imposed by the crisis mean it would not currently be able to cater to the anticipated global demand for the car.

A new date has yet to be set, but the brand has hinted at a further announcement to be made on the Grecale’s originally planned unveil date.

The Grecale is clearly a similar size to the Alfa Romeo Stelvio, with which it will share the bulk of its underpinnings, and despite heavy camouflaging and a fence obscuring most of the car’s final design, the influence of the larger Levante is evident.

The brand’s important second SUV is named Grecale after the “fierce north-east wind of the Mediterranean Sea”. The model forms a key part of Maserati’s bold revival plan that it launched last year with the reveal of the MC20 supercar.

Destined to play “a key role in the brand’s development”, the Porsche Macan rival will be built on the same production line as the Alfa Romeo Stelvio in the FCA plant in Cassino, Italy. Maserati is planning an investment of around €800 million (£790m) in the plant. 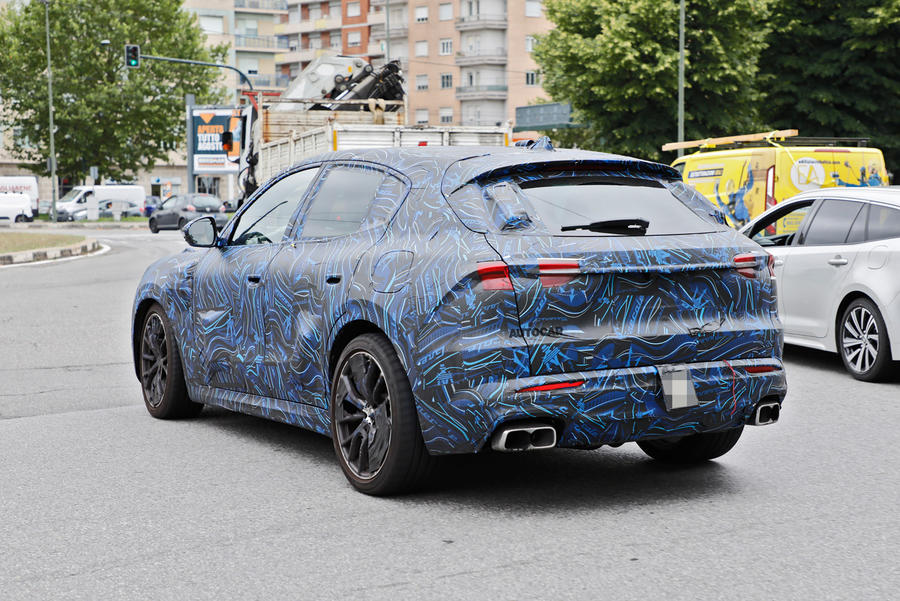 It will also share much of its underpinnings with the Stelvio, and a fully electric version is also due to arrive by 2022. However, the combustion-engined models will use Maserati rather than Alfa-sourced engines, likely to include the mild-hybridised 2.0-litre turbo offered in the Ghibli and Levante, and a downtuned version of the MC20’s new Nettuno V6 for the most potent variant.