Whether you are a landowner, a farmer, a naturalist, an enthusiastic rambler — or simply someone who enjoys staring out of a train window — chances are you will become aware of some seismic changes to the British countryside within the next five years.

For most people directly involved with the land, these changes will be coming hard and fast. This year marks the start of a seven-year transition away from the EU’s Common Agricultural Policy (CAP) and towards the new — and as yet undefined — agricultural policies of each of the UK’s devolved governments.

Five years on from the EU referendum, the broad brushstrokes of these policies have been endlessly discussed, but the details remain vague, many are still being piloted and none is likely to be fully implemented until 2025.

Farmers are facing a maelstrom of external challenges too, from extreme weather (a very dry April was followed by one of the wettest Mays on record) to the instability of once dependable crops including sugar beet and oilseed rape.

Their fears intensified last week with news of a proposed tariff-free, quota-free trade deal with Australia, which Minette Batters, president of the National Farmers’ Union, argued would “cause the demise of many, many beef and sheep farms throughout the UK”.

And, although commodity prices have been high in recent weeks, especially for wheat and lamb, these are not likely to last — particularly if the Australian deal provides the model for further deals with New Zealand, Brazil and the US.

With CAP subsidies already starting to taper and the future of agriculture as we know it in jeopardy, many farmers are only too aware that they need to pivot — but where, exactly, and how?

Philip Wynn is an agricultural consultant and director of several agri-food businesses — and currently interim managing director of James Dyson’s Dyson Farming company, although his views in this piece are his own and do not represent those of Dyson Farming. He acknowledges that land needs to be managed in a much more sustainable way in the future, but says that clarity is needed on policy.

“When you’re running an agricultural farming business and you can see the decline in support but it’s difficult to understand or have clarity on the new system . . . that’s not easy,” he says. “You work on long seasonal cycles, or life cycles in the case of livestock, so if you’ve got to change you have to start planning well in advance.”

In England, future farming subsidies will be based around the concept of “natural capital”. Instead of receiving the CAP’s Basic Payment Scheme (BPS) support for acres farmed — and top-ups for higher-level environmental “stewardship” efforts — farmers and landowners will have to earn rewards for delivering “public goods”, such as improving water quality, creating woodland or encouraging local engagement with the countryside, through the new Environmental Land Management (ELM) scheme.

But at this late stage, there are many questions about ELM that are still to be resolved, perhaps chief among them: how do you implement a reward system that is based on outcomes rather than actions?

It is hoped that the first (and broadest) component of the ELM scheme will be available to some from next year, but even when it is wholly defined and accessible, from 2024, the support is likely to be considerably less than before.

“The reality is the very best you’re going to receive is 50-60 per cent [of the previous support payments] but you’re going to have to provide quite a lot in terms of public goods to achieve that, and for lots of people it’ll be more like 30 per cent,” Wynn explains.

Some farmers nearing retirement age will take advantage of the government’s exit scheme, due in 2022, which will offer a lump-sum payment — capped at £100,000 — in place of the remaining BPS subsidies they are owed. But whether the holdings they free up will see new entrants to the industry or simply be subsumed by larger farming businesses remains to be seen.

What does seem certain is that those farmers and landowners who choose to plough on, as it were, will have to decide between experimentation, diversification or procrastination.

Sophie Ramsay, who, together with her parents Paul and Louise, runs the 1,300-acre Bamff estate, near the Scottish Highlands, has already started to take matters into her own hands. The Scottish government has been even
less clear than Westminster about its policy intentions.

“We understand there’s going to be a funding review in 2024,” Ramsay says, “but until then we have the occasional hint from somebody who may know something that [the funding model] will probably move towards ‘public money for public goods.’ ” One thing is clear: the family must find alternative means to finance the planned transformation of their estate. So last month they launched their own crowdfunding campaign.

When Ramsay’s father took over the estate about 40 years ago, he sought to make some ecological improvements while maintaining their organic sheep and cattle farm — replacing spruce plantations with native trees, for example, and blocking drainage systems to re-establish wetlands. In 2002, the family helped to pioneer the reintroduction of beavers to the UK, and these animals have helped to shape the land, damming watercourses and creating new habitats.

An eco-tourism business, with holiday cottages and yurts, has also been developed. Now the family is keen to go one step further; inspired by the success of the Knepp rewilding project in West Sussex, they plan to rewild more than 450 acres of the estate.

The public has been encouraged to make financial donations in return for rewards such as the chance to “Adopt a Copse” or “Become a Founding Bamff Rewilder”. The Ramsays will be investing in free-roaming cattle, pigs and ponies — the “agents of rewilding” — to disturb the homogenous grassland that exists at the moment and to encourage a more dynamic landscape. Plans include the creation of ponds and osprey platforms.

The response was staggering, with the initial campaign target of £24,000 reached within three weeks, and £38,000 has now been raised.

“We were surprised and delighted,” Ramsay says. “I think there’s an enormous desire publicly for rewilding, and I think it’s frustrating for people who don’t have the luck of being able to make a decision like this. Buying into the project is a way of feeling closer to it.”

Although many farmers — in particular, those who farm on “marginal” agricultural land, which is often identified as being ripe for rewilding — remain openly hostile to the idea, these sorts of projects are increasing. In February, the charity Rewilding Britain launched a Rewilding Network for sites of 1,000 acres and more, and it now has 28 member sites around the UK.

Environmentalists are excited by the opportunities opening up for landscape-scale projects, such as rewilding or peatland restoration, that could help mitigate the effects of climate change, improve wildlife and offer the public greater access to nature. But there is no guarantee that a change of land usage will satisfy these demands.

With the huge focus on the need for more housing, and plans announced in the Queen’s Speech earlier this month that will allow more homes and infrastructure projects to be built on undeveloped land, landowners may well be tempted to sell their green fields for development instead.

Campaigners, including the Town and Country Planning Association, have raised concerns about the proposal, which will help the government reach their target of delivering 300,000 new homes a year.

And while developed land currently constitutes only 15.3 per cent of the UK total, a relatively small figure when compared to the 62.8 per cent that is agricultural land, the full impact of development on the surrounding countryside — from increased footfall, traffic pollution and domestic pets — is very difficult to capture.

Throughout the past year, people have flocked to footpaths and reserves. During the first lockdown of 2020, Epping Forest, on the outskirts of London, reported a 250 per cent average increase in visitors. But it has also highlighted the problems of littering, erosion, barbecue fires and the damage caused by free-roaming dogs — particularly to ground-nesting birds.

This behaviour is perhaps unsurprising, given the government has spent less than £2,000 a year since 2010 in publicising the Countryside Code. Last month the Code was relaunched as part of a £50,000 campaign, but wildlife groups have criticised the advice, which encourages people to “say hello” and “make a memory”, as not stringent enough.

The pandemic has brought attention to the need for green spaces, and this will be a focus of the ELM scheme, but increased public access will need to go hand-in-hand with increased public awareness to prevent more harm being done.

For those landowners who decide to sit tight, diversification will become increasingly important. “Having been through Covid, you can see how vulnerable you are if you put all your eggs in one basket,” Ramsay says. “Eco-tourism is going to be the main aspect of our income but we need to make sure that our income comes from a diverse enough source,” she says.

The conversion of farm buildings into holiday lets or commercial offices is a common venture, and anaerobic digestion plants and solar farms are now widespread. But less picturesque or environmentally friendly businesses, such as caravan sites, clay pigeon clubs and motocross centres, are also popular. Excitement is also growing around the potential for monetising “natural capital” and the trade of carbon credits, although a comprehensive certification system does not yet exist.

Even those who persevere with agriculture are likely to reshape the landscape. As well as farmers increasingly turning away from sugar beet, oilseed rape and wheat in favour of new crops such as poppies (for both medicinal and culinary purposes), hemp and soya, there will be a radical shift in working practices.

Wynn says that labour and power costs on arable farms, on average £420-£440 per hectare, will have to be reduced to below £340 to be profitable. Research by the farming consultancy The Andersons Centre, ahead of a season of seminars this summer (see chart), suggests how fixed costs could be pruned back, with big implications for the agricultural labour market.

Most farms will be run on a much larger scale, either as single “mega farm” companies, or neighbouring farmers sharing machinery, labour and agricultural technology.

“If you want new technology — and that’s what we’re going to have to use to farm smarter — you’re going to need scale, you’ve got to buy, you’ve got to invest [in new machinery]. I can see more farmers wanting to work together,” Wynn says. “It’s changed in the past five or 10 years, but I think we’re going to see another radical shift in people working together to be efficient, to use the latest technology, utilising good, skilled operators, and that’s quite exciting, actually.”

It is no overstatement to say that the UK’s countryside is poised for one of the most significant upheavals in its history. There is the potential for a more focused and efficient farming sector while at the same time encouraging what is left of our natural environment. But the stakes are high. Decisions that are seized — or shirked — in the next few years will have long lasting consequences not just for farmers but for us all.

FT subscribers can sign up for our weekly email newsletter containing guides to the global property market, distinctive architecture, interior design and gardens. 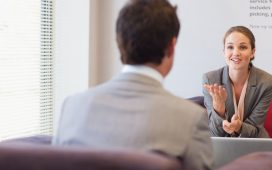 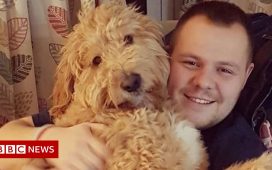