Genesis has announced pricing for its new G70 Shooting Brake, a Europe-specific estate designed to take on the BMW 3 Series Touring and Audi A4 Avant.

Orders are open now, with prices starting at £35,250 for the entry-level Premium Line car, climbing to £40,250 for the Luxury Line and £41,880 for the range-topping Sport Line. It is offered with a choice of a 2.0-litre turbocharged petrol or a 2.2-litre diesel engine, each sending their reserves (194bhp or 241bhp for the petrol and 197bhp for the diesel) to the rear axle through an eight-speed automatic gearbox.

Details regarding options and additional packages will be confirmed closer to delivery dates getting under way early in 2022.

Genesis Europe boss Dominique Boesch said that the firm’s first Europe-specific variant, which was revealed at the Goodwood Festival of Speed in July, “is a clear statement of our commitment to the region.”

The G70 Shooting Brake draws heavily on the design of its saloon sister. Genesis says the decision to develop a streamlined estate for European customers was made because it is “a bodystyle firmly rooted in European automotive history and favoured by customers in the premium luxury sector.” Its interior is presented with chrome trim, a central infotainment screen and a multifunction steering wheel.

The car shares its styling with the saloon, with the single-piece glass hatch extended to meet the ‘floating’ spoiler at the rear of the estate, in an attempt to give it a more “athletic” profile.

Genesis says it offers extra capacity than the saloon, which has a 330-litre boot. It has maximised luggage space by moving the bootlid hinges forward.

In other markets, the G70 gets a 3.3-litre twin-turbocarged petrol V6, in combination with both rear- and four-wheel-drive. A V6 model is ‘under discussion’ for Europe, according to Automotive News Europe. Meanwhile, the brand is rapidly expanding its electric car line-up, with the new GV70, Electrified G80 and Electrified GV70 due on sale in the UK in the coming months. 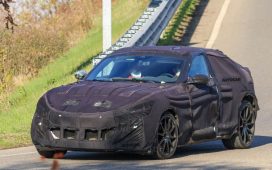 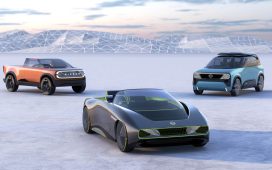 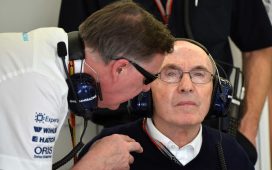 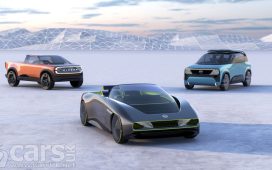