ALL new electric vehicles must now be fitted with a noise-making device so other road users can hear them coming.

The EU rule comes into force today amid fears cars without a petrol or diesel engine are too quiet, putting pedestrians and cyclists at risk.

The device for electric and hybrid vehicles will make a sound similar to conventional engines.

It must activate as they are reversing or travelling below 12mph, when they are said to be most likely to be near pedestrians. However, the driver can deactivate it if they judge it is necessary.

Roads minister Michael Ellis said: “The Government wants the benefits of green transport to be felt by everyone, and understands the concerns of the visually impaired about the possible hazards posed by quiet electric vehicles.

“This new requirement will give pedestrians added confidence when crossing the road.”

ONE FOR THE ROAD

Can YOU tell what these European road signs really mean?

READ  Do you understand your motor insurance policy? Youngsters prove to be clueless on car cover

The Government announced a plan last summer to ban the sale of new petrol and diesel cars and vans by 2040.

Alternatively-fuelled vehicles such as pure electrics and plug-in hybrids made up 6.6% of the new car market in May, compared with 5.6% during the same month in 2018.

The Lightyear One electric car that charges itself with sunlight

How to build the World's Fastest Tractor: JCB Fastrac 2 timelapse 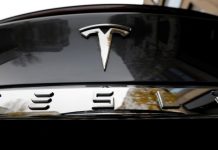 Chinese firm Aiways to show Europe-spec U5 EV at Geneva

These technologies could appear in your next car

When is my MOT due? How to check when your car’s certificate runs out, and will the test be scrapped?