The hypothesis that the fast-spreading UK variant of the Covid-19 virus has a transmission advantage has been bolstered by an analysis that suggests it is linked to higher loads of the virus in respiratory samples.

The variant, named B117, was discovered during an investigation into why coronavirus cases in Kent continued to rise during the November lockdown. Scientists found it continued to spread during the restrictions while older variants declined.

Some of the lighthouse laboratories created in April to boost Covid-19 testing capacity in places such as London and Manchester were beginning to see evidence of the new variant in respiratory samples when the Covid-19 Genomics UK consortium sounded the alarm about B117 and its transmission advantage.

Dr Michael Kidd, of the PHE Public Health Laboratory in Birmingham, and his team analysed a total of 641 samples based on tests from symptomatic patients and found evidence of B117 among other variants. About 35% of patients infected by B117 had high levels of the virus in their samples, compared with 10% of patients without the variant, they said in their still-to-be-peer reviewed study.

“It does seem as though the patients with this variant have higher viral loads – then the obvious thing is it is easier for them to spread it to other people,” Kidd said, cautioning that the data was preliminary and more evidence needed to be collected before firm conclusions could be drawn.

Scientists say they have high confidence that B117 has a transmission advantage – a modelling study by London School of Hygiene and Tropical medicine researchers has estimated it is about 56% more transmissible than previous variants.

A plethora of factors could explain why it is more transmissible. If the variant is more infectious, then fewer virus particles are needed in the host to pass the pathogen on. The virus might also replicate faster in the airways, or make people infectious for longer, making them more likely to transmit the virus.

“Exactly how it [the variant] reaches a high viral load is another big question,” said Kidd, adding that laboratory-based confirmation is required to understand the biological basis of the transmission advantage.

“Like pieces in a jigsaw we need other evidence and I think the importance of this study is – although it’s preliminary and needs repeating – it does offer a sort of on the ground explanation of why this virus may have the ability to spread more easily – because patients are more infectious.”

Early data suggests the UK variant does not make people sicker or increase the likelihood of reinfection or death. But a higher rate of transmissibility without strict controls could still lead to more death.

• This article was corrected on 30 December 2020. The higher viral load was found in respiratory samples, not blood samples as an earlier version stated. 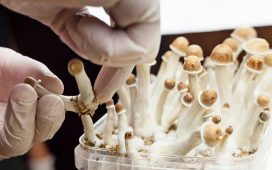 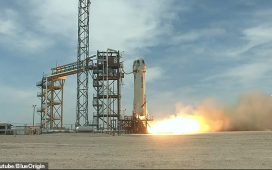 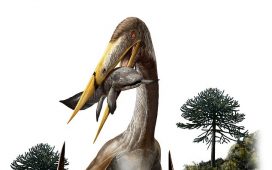