The new £50 note goes into circulation on Wednesday – but with consumers increasingly going cashless, for millions of people it may be months or even years before they see or touch one.

It’s been around for 40 years, but the £50 note doesn’t have a great image: there is a perception that aside from some overseas tourists, the only people who use them are criminals, tradespeople looking to evade tax and gamblers.

ATMs rarely give them out, and some shops don’t like taking them, either because they are worried about counterfeit notes or it would mean handing over all the change in their till.

When they do make an appearance in the news, it’s usually not for the best reasons: the police warning local residents to watch out for fake ones; footballer Phil Bardsley prompting anger after being photographed lying on a casino floor covered in £50 notes (that was in 2013); or Sports Direct founder Mike Ashley being left red-faced after he pulled a wad of fifties out of his pocket when he went through a security screening at his company’s warehouse (in 2016).

However, perhaps the new-look £50 – featuring Alan Turing, the scientist best known for his codebreaking work during the second world war – will give the note’s image a makeover.

Its arrival is notable as it means the Bank of England has now completed its switch away from paper money.

The Turing £50 will join the Churchill £5, the Austen £10 and the Turner £20, all of which are printed on polymer, a thin and flexible plastic material that is said to last longer and stay in better condition than paper.

As part of this week’s publicity drive, it was announced that Snapchat had teamed up with the Bank of England to turn the new note into an interactive celebration of Turing, creating an augmented reality lens that brings the banknote to life when seen through a smartphone camera.

However, even before the pandemic, many people only rarely encountered a £50 note, and the coronavirus crisis has triggered a slump in the use of cash which could end up being permanent.

The banking trade body UK Finance said last week that the number of payments made using notes and coins fell by 35% in 2020 as contactless payment exploded in popularity and some people deliberately avoided contact with cash because of Covid fears.

The launch of the new banknote represents a big bounce-back, as only a few years ago it looked as if £50 notes might be axed.

In 2016, Peter Sands, a former chief executive of the bank Standard Chartered, published a paper in which he proposed “eliminating” high-denomination currency such as the £50 note because they “are the preferred payment mechanism of those pursuing illicit activities”, and also played an important role in tax-dodging.

“Ask people in the UK when they last used a £50 note … and the most common answer is to pay a builder or plumber. The incentive is tax evasion, since payment in cash makes it easier for the individual to avoid VAT of 20%,” he wrote at the time.

It appears ministers read his paper: in early 2018, the government indicated it was considering ditching the notes. In a call for evidence, the Treasury said the £50 note “is believed to be rarely used for routine purchases, and is instead held as a store of value,” adding: “There is also a perception among some that £50 notes are used for money laundering, hidden economy activity and tax evasion.”

But just a few months later, ministers committed to keeping them.

Nikki Strickland, the head of product marketing at De La Rue, which prints notes for the Bank of England, said people would find the new £50 easier to authenticate because many of the design elements such as the security features were consistent across all the polymer notes. It will be “a less alien note when they get hold of it”, she said.

Many people have never received a £50 note from an ATM. The Link cash machine network said that in the past, “there have been comparatively few ATMs which dispense £50 notes, and many of those were in locations like casinos and nightclubs”.

However, the Link chief executive, John Howells, added: “With the new smaller design and extra security features, in time we may see more people using them for payments and therefore more ATMs dispensing them.”

The design of the new note, which incorporates several features relating to Turing, was unveiled in March. 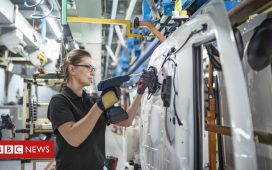 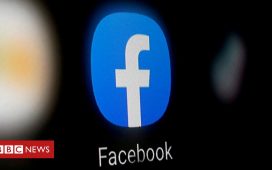 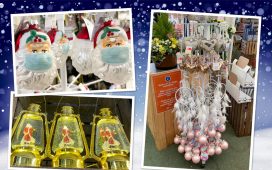 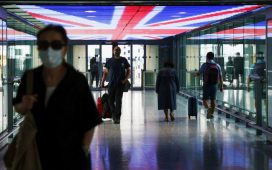