Audi’s upcoming third-generation RS3 has adopted a new four-wheel drive system to deliver enhanced performance and greater agility over the outgoing car, as well as a dedicated drift mode for use on the track.

Audi Sport’s smallest RS model is set for UK delivery in hatchback and saloon bodystyles in September and is the first in a series of the performance division’s models to gain a new torque splitter, supplied by Magna. It replaces the multi-plate disc clutch and rear differential of the previous RS3’s Haldex four-wheel drive system.

Comprising two electronically controlled clutches – one on each of the rear driveshafts – it provides the soon-to-be-unveiled new RS3 with faster and more accurate apportioning of drive between the front and rear axles. It also enables individual torque allocation to each of the rear wheels in more sporting driving modes.

Similar in operation to the drift mode function used by the RS3’s key rival, the Mercedes-AMG A45 S 4Matic, the new torque splitter is claimed to provide greater traction during standing starts as well as enhanced agility on more challenging roads, where it increases the amount of drive to the outer rear wheel to, in the words of development engineer Norbert Gösl, “significantly reduce understeer”.

The new system also provides the RS3 with the ability to perform controlled drifts in its new RS Torque Rear driving mode. It receives its own unique mapping, with sharper throttle response, altered shift strategy for the gearbox and control of the four-wheel drive system. So configured, the torque splitter is capable of directing all the drive to only one of the rear wheels for characteristic rear- wheel-drive oversteer qualities. 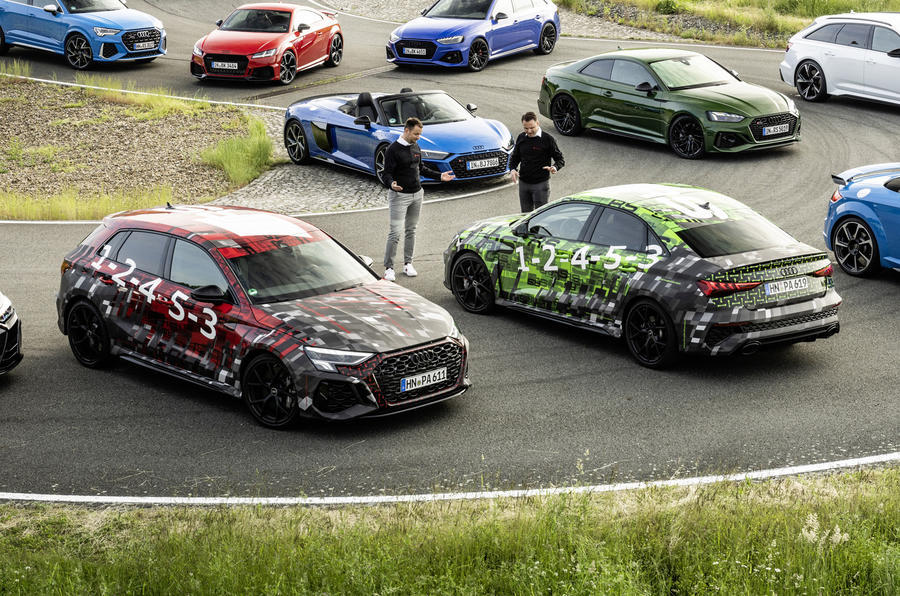 Audi Sport has also given the new performance hatchback and saloon pair a dedicated track mode. Called RS Performance, it uses its own drivetrain mapping and has been developed to operate in combination with track-ready Pirelli P Zero Trofeo R tyres, which will be available as an option when sales begin next month.

The new RS3 retains its predecessor’s transversely mounted turbocharged 2.5-litre five-cylinder petrol engine, known internally as the EA850. It develops the same 394bhp as before, although it is now delivered 250rpm earlier, at 5600rpm, and spins up to a 7000rpm redline. Torque has been increased by 15lb ft to 369lb ft between 2250rpm and 5600rpm.

Drive is channelled through the same seven-speed dual-clutch gearbox as before. In total, there are seven driving modes: Comfort, Auto, Efficiency, Dynamic, RS Individual, RS Performance and RS Torque Rear. The latest RS3 also adopts a coast function that idles the engine on the overrun at speeds above 62mph in Comfort and Auto modes to boost efficiency. 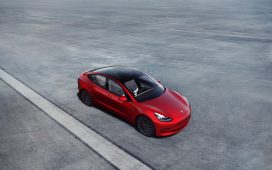 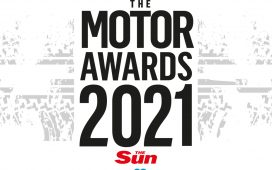 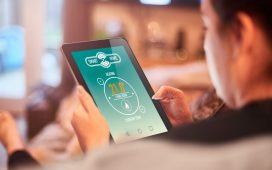 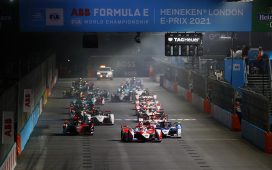 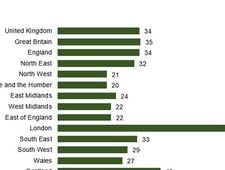 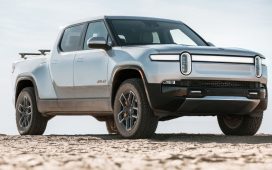