And welcome to the live blog for Holland vs Ukraine!

The two teams meet at the Amsterdam ArenA for the second game of Group C.

Elsewhere in the group, Austria are beating North Macedonia 2-1.

Holland bounced back from a disappointing 2-2 draw with Scotland by beating Georgia comfortably 3-0.

Ukraine, managed by legend Andriy Shevchenko, won both of their warm-up fixtures against Northern Ireland and Cyprus.

In terms of team news, Holland will be without colossal defender Virgil van Dijk due to a long-term injury – but he should be good to go next season.

Holland was also hit with a fresh injury; Man Utd’s Donny van de Beek picked up a groin injury on the eve of the tournament.

Solid goalkeeper Jasper Cillessen won’t be involved either after testing positive for covid.

Memphis Depay and Wout Weghorst will lead the line for the Dutch in an attacking 3-5-2 formation.

As for Ukraine, West Ham’s Andriy Yarmolenko could miss out with Ruslan Malinovskyi starting in his place.

The teamsheets are due to be released shortly, so don’t go anywhere! 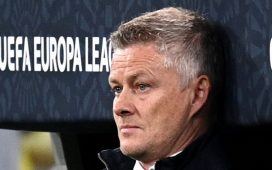